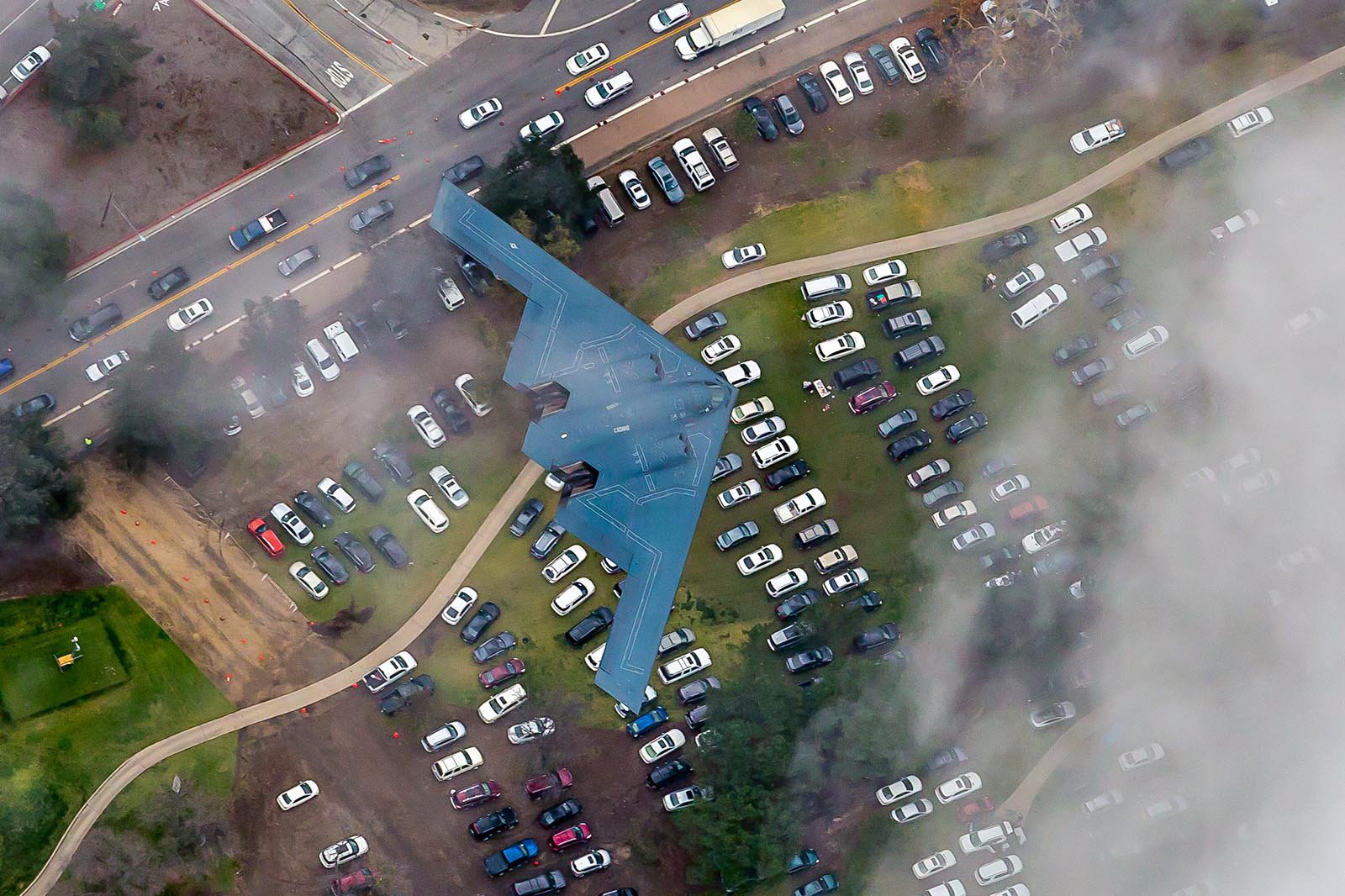 Keeping with my annual New Year's tradition, I went to take some pictures of the Rose Bowl Game at the Rose Bowl Stadium in Pasadena, California. This year was much more challenging than some of the previous years because of the weather. I needed to skirt around the clouds and find small holes to photograph through. Unfortunately, the hole in the clouds above the stadium closed a few minutes before the B-2 Stealth Bomber flew over. I happened to look down just as the B-2 flew through a small hole in the clouds and was able to snap a couple photos. It lasted only a few seconds!! The Rose Bowl Game itself was one of the most exciting football games I've ever seen!! The USC Trojans narrowly defeated the Penn State Nittany Lions in the final minutes of the game with a field goal, pushing the final score to 52-49. 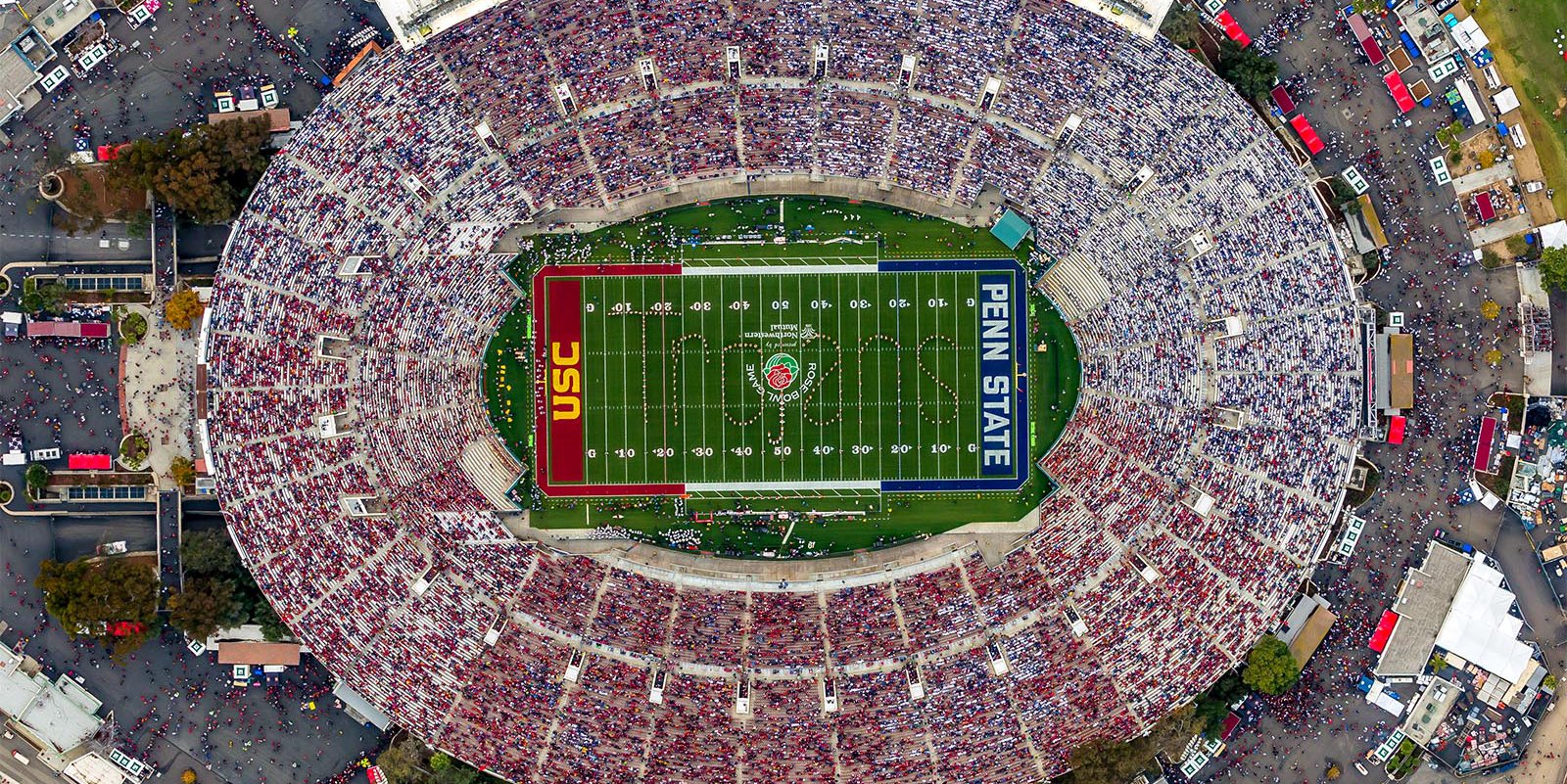 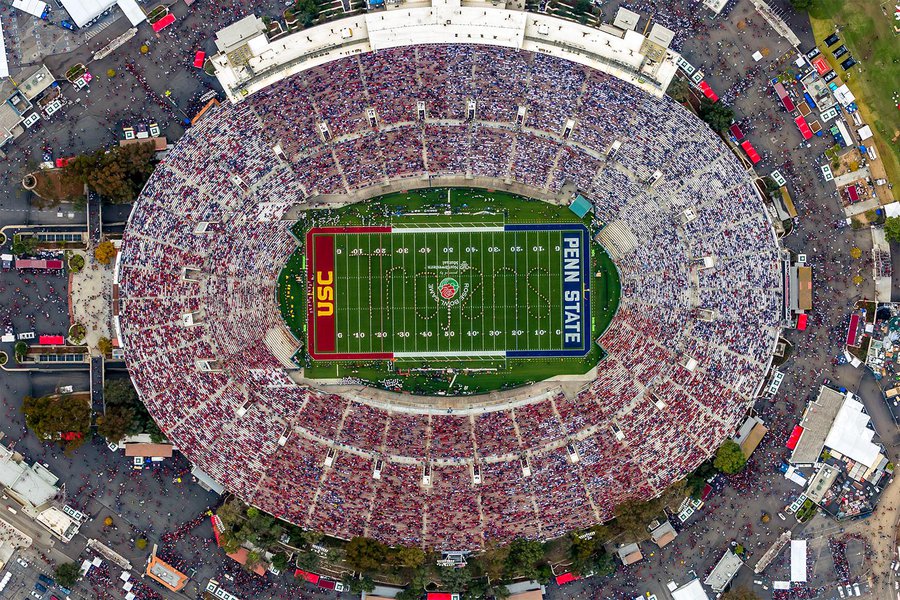