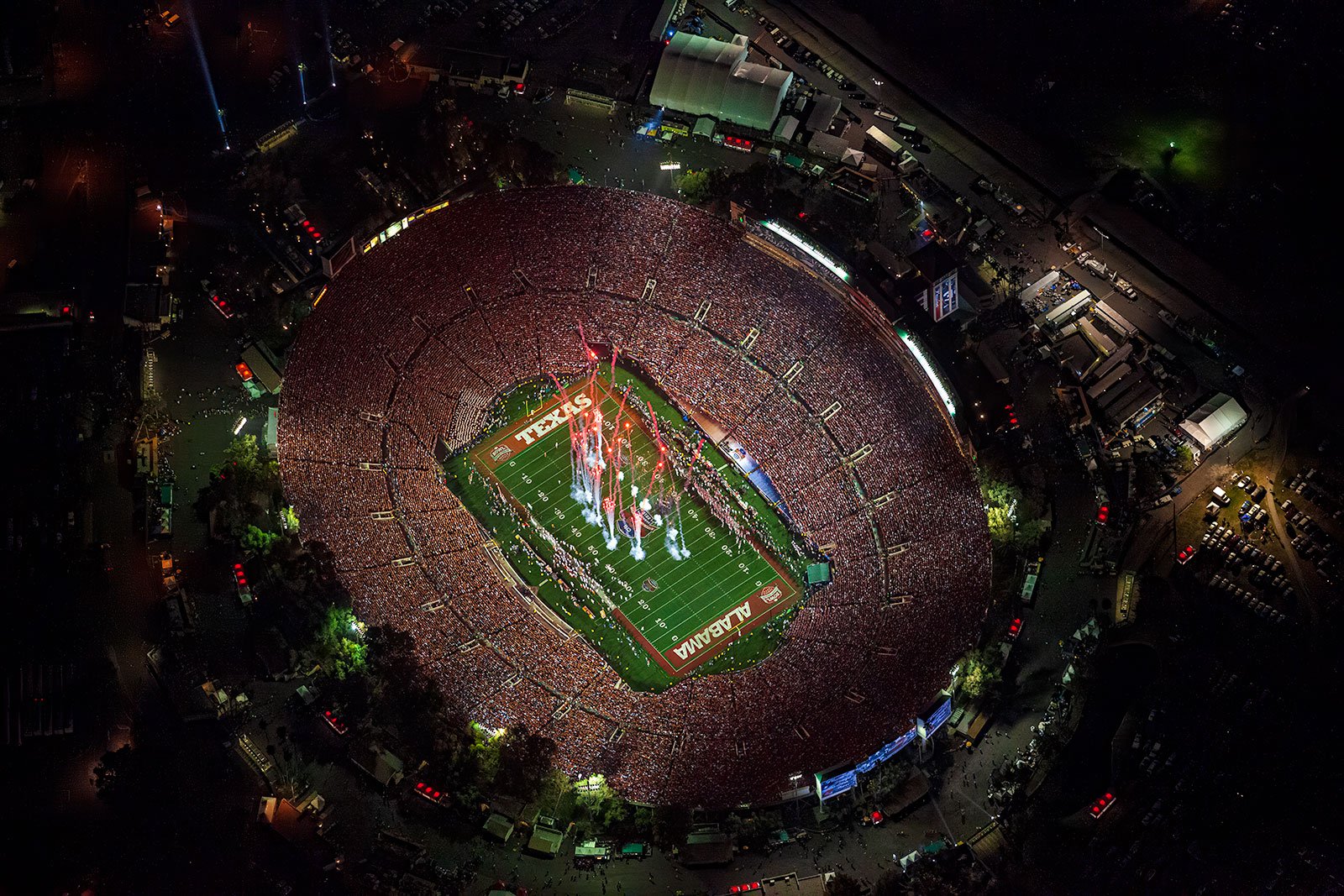 It was a beautiful night for the BCS final football game between Texas and Alabama at the Rose Bowl in Pasadena. There were over 93,000 people in the stadium. The Air Force Academy had 6 parachutist drop in with one carrying the American Flag. They were followed by 4 Navy F-18 Super Hornets with their afterburners on. Then there were the fireworks, both inside and outside of the Rose Bowl. Here is an aerial photograph of the fireworks. What a way to spend an evening.