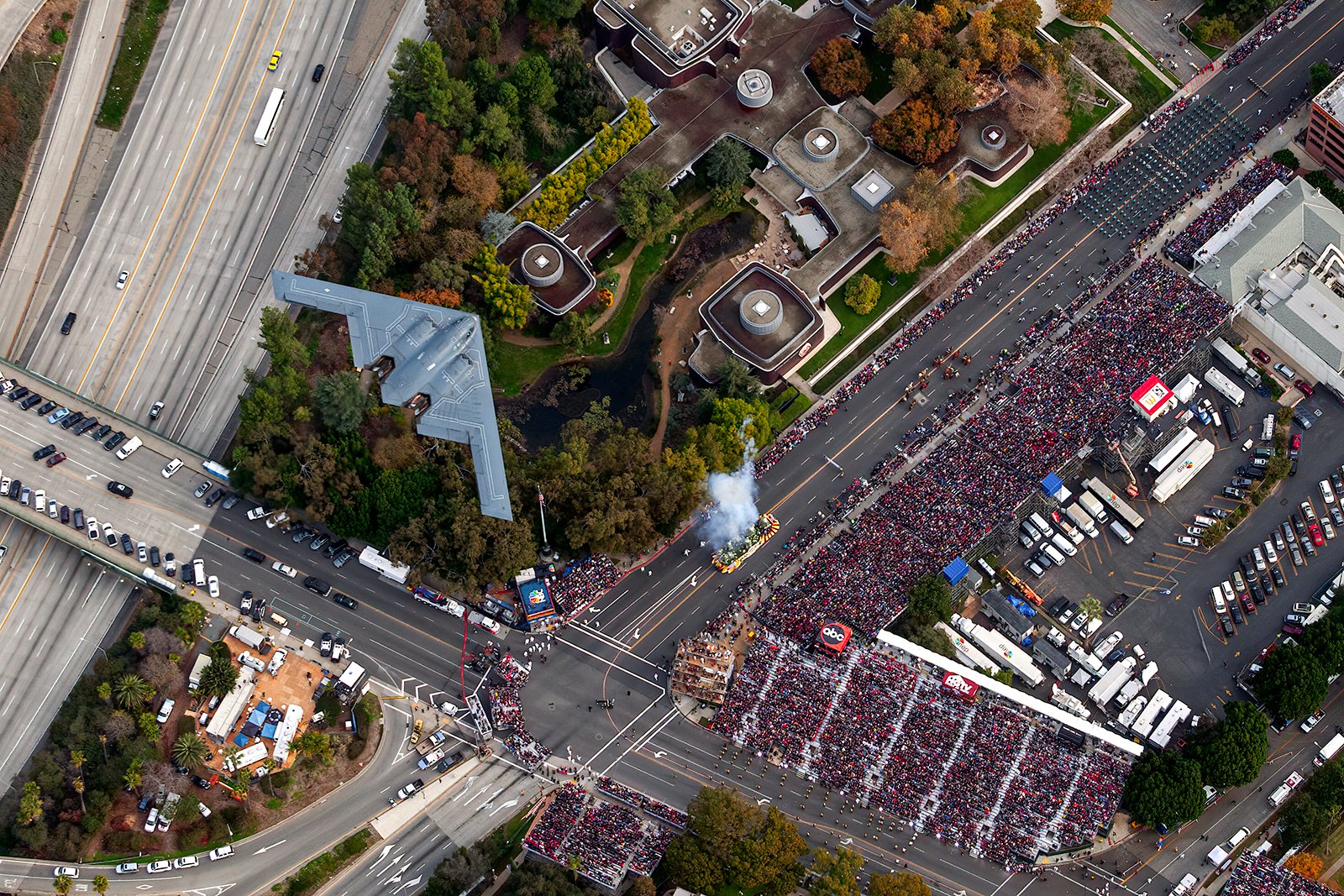 It was a beautiful day to fly over the Rose Parade and Rose Bowl Game. This was the first time the Department of Defense entered a float in the parade called "Freedom is Not Free", to honor the veterans of the Korean War. Here is the Air Force B-2 Stealth Bomber flying over the float and parade. Later the B-2 flew over the start of Rose Bowl Game between Stanford and Wisconsin. What a great way to start the New Year!!! 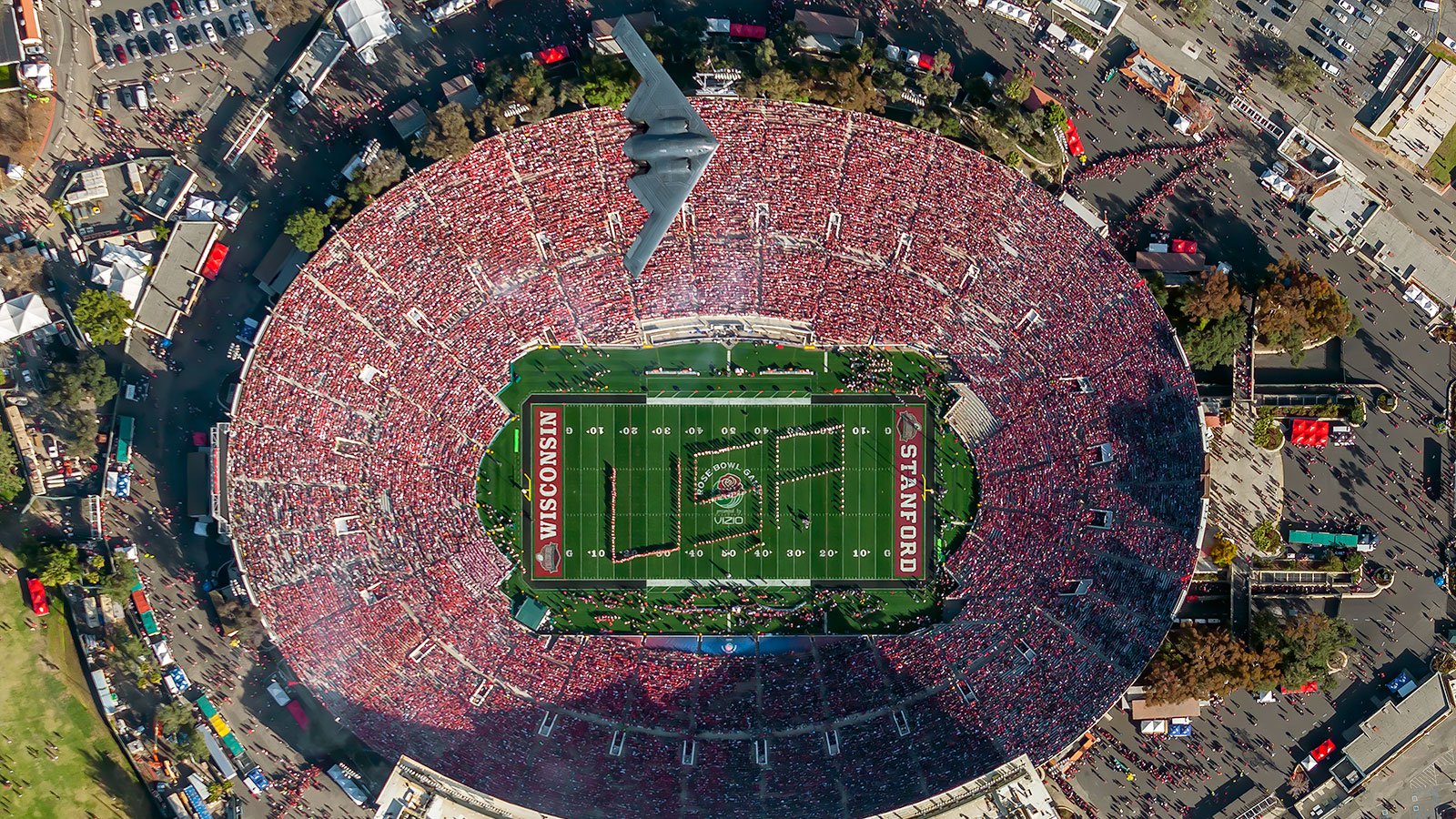 A B-2 Spirit (Stealth Bomber) Flies over the 99th Rose Bowl Game at the conclusion of the National Anthem at the Rose Bowl Stadium in Pasadena, California