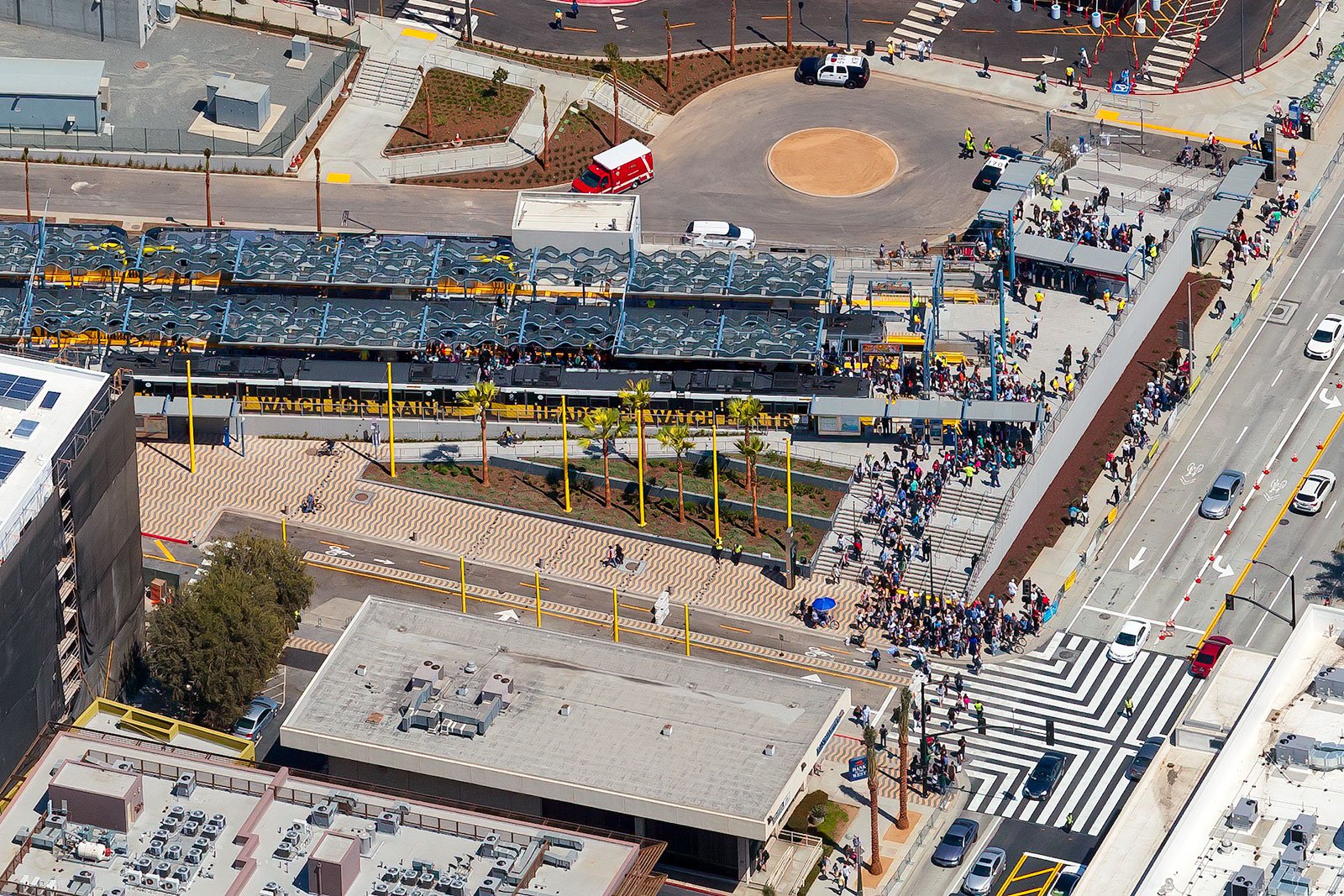 This weekend was the opening weekend for Los Angeles County Metropolitan Transportation Authority's (Metro) Expo Line Phase 2. We've been photographing this project from the beginning and we're so excited to be able to take the Expo Line to Santa Monica! It was very busy on Friday and Saturday, since Metro was offering free rides for the public.

Fun Fact: The Expo line (named after Exposition Blvd, which it parallels for most of the way) follows almost the same path as the old Santa Monica Air Line, which was a streetcar that ran from the early 1900's to the early 1950's. 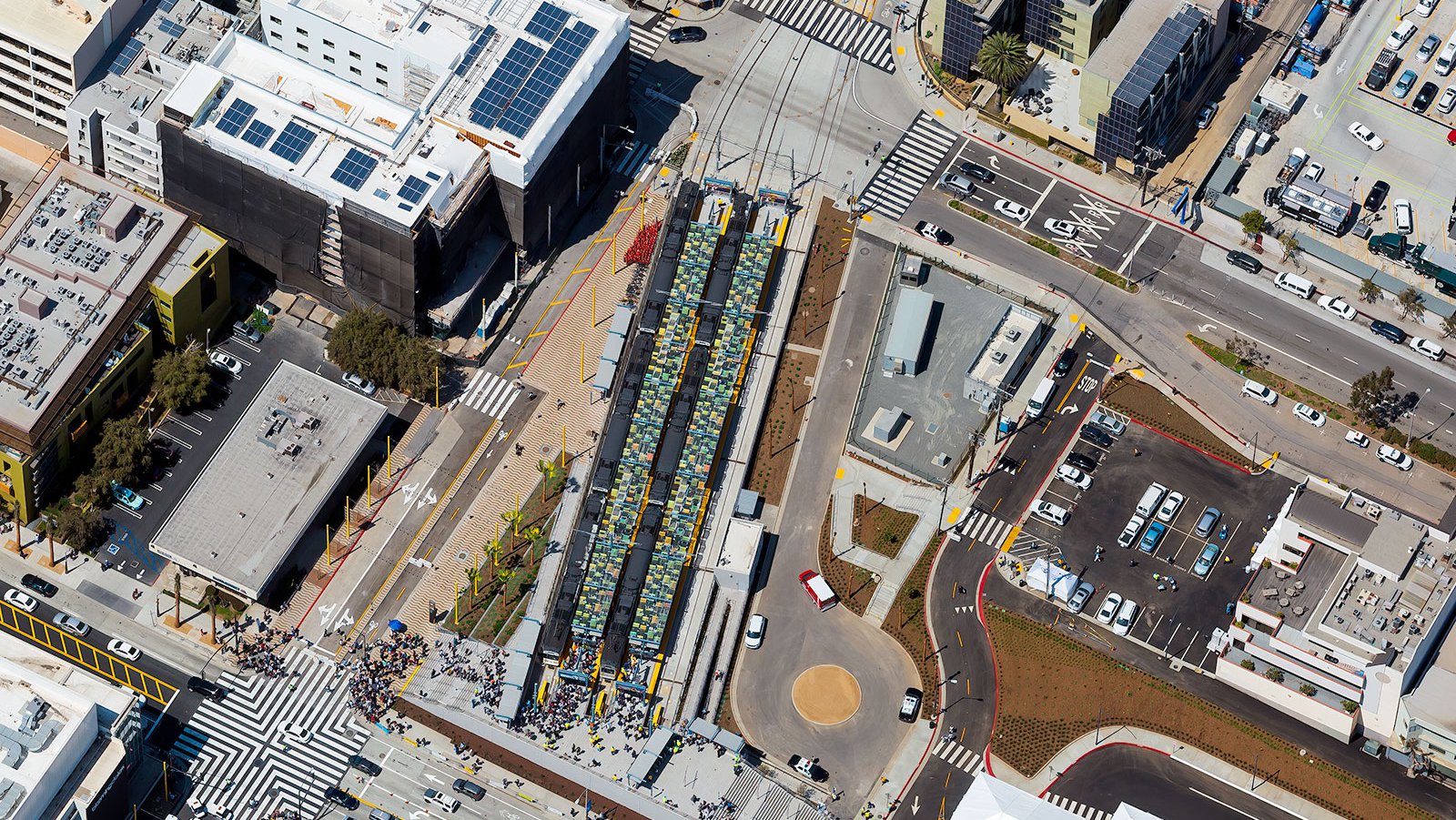