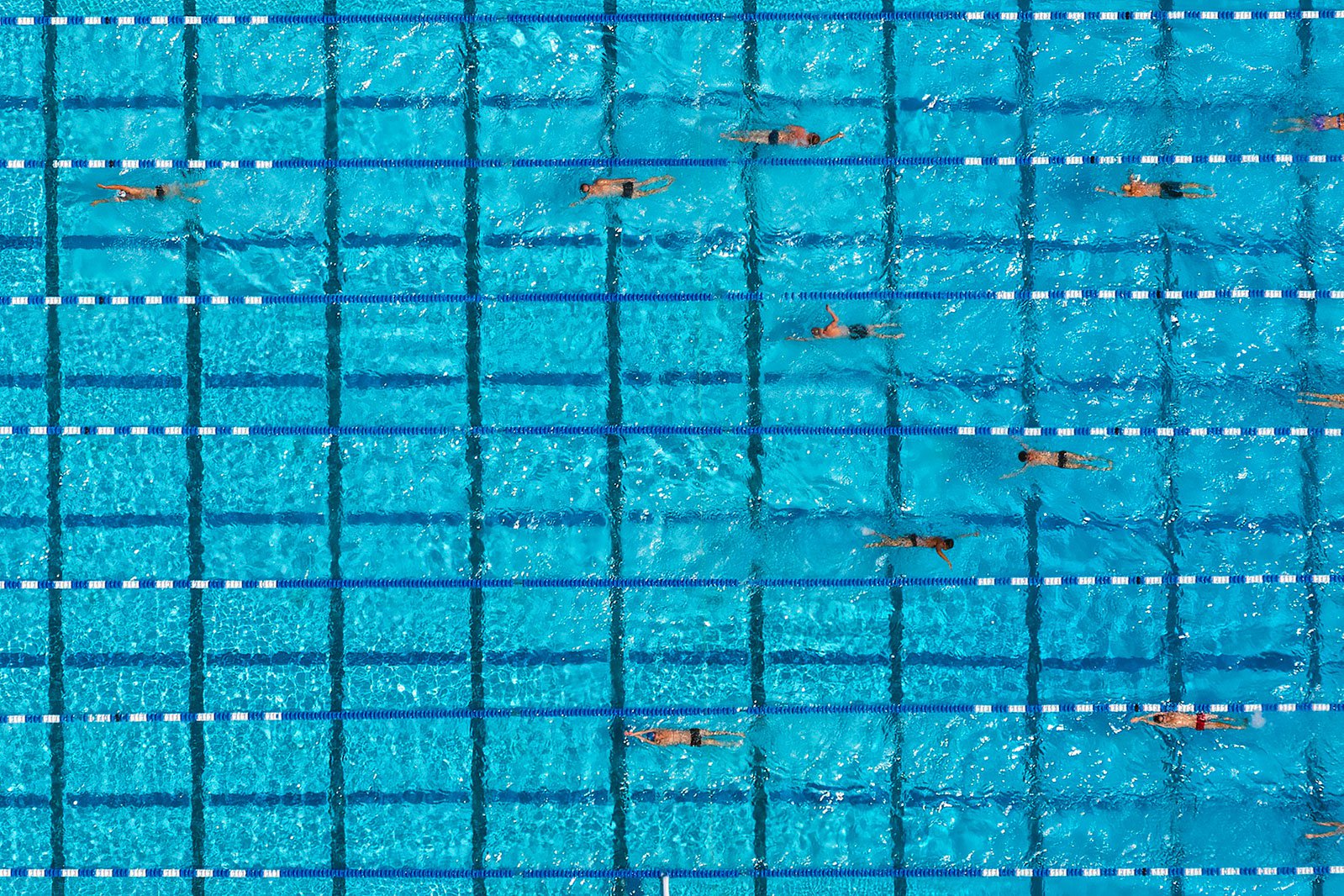 The ConocoPhillips National Swim Championship was held at the Woollett Aquatics Center in Irvine this week. Top swimmers throughout the country, including Michael Phelps were there. The winners will move on to the Pan Pacific International Championship also being held at this swim stadium. Pan Pacific is one of three big international swim meets. The others being the Olympics & the World Championship. 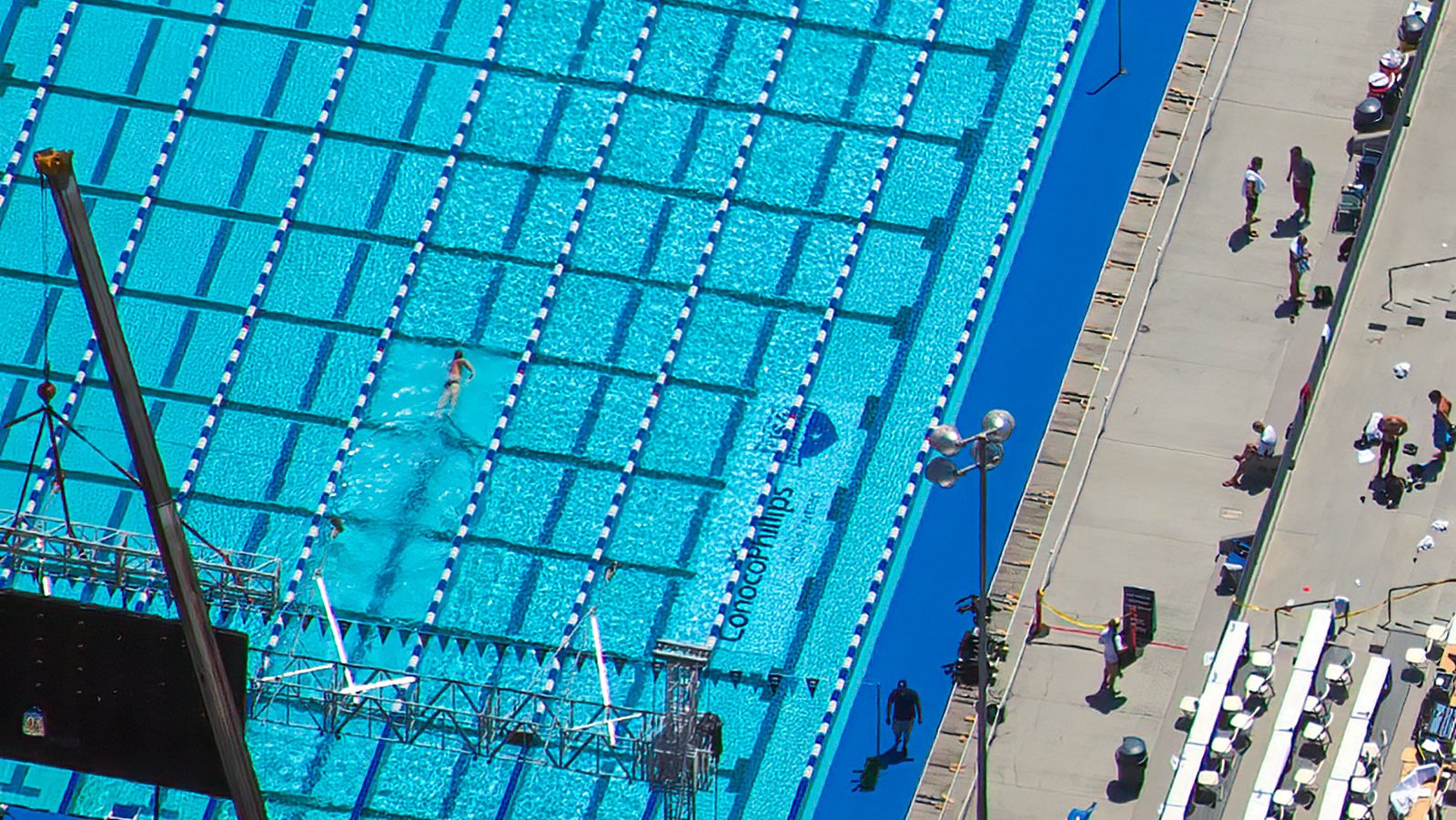 A lone swimmer in the pool during the ConocoPhillips National Swim Championship in Irvine, California