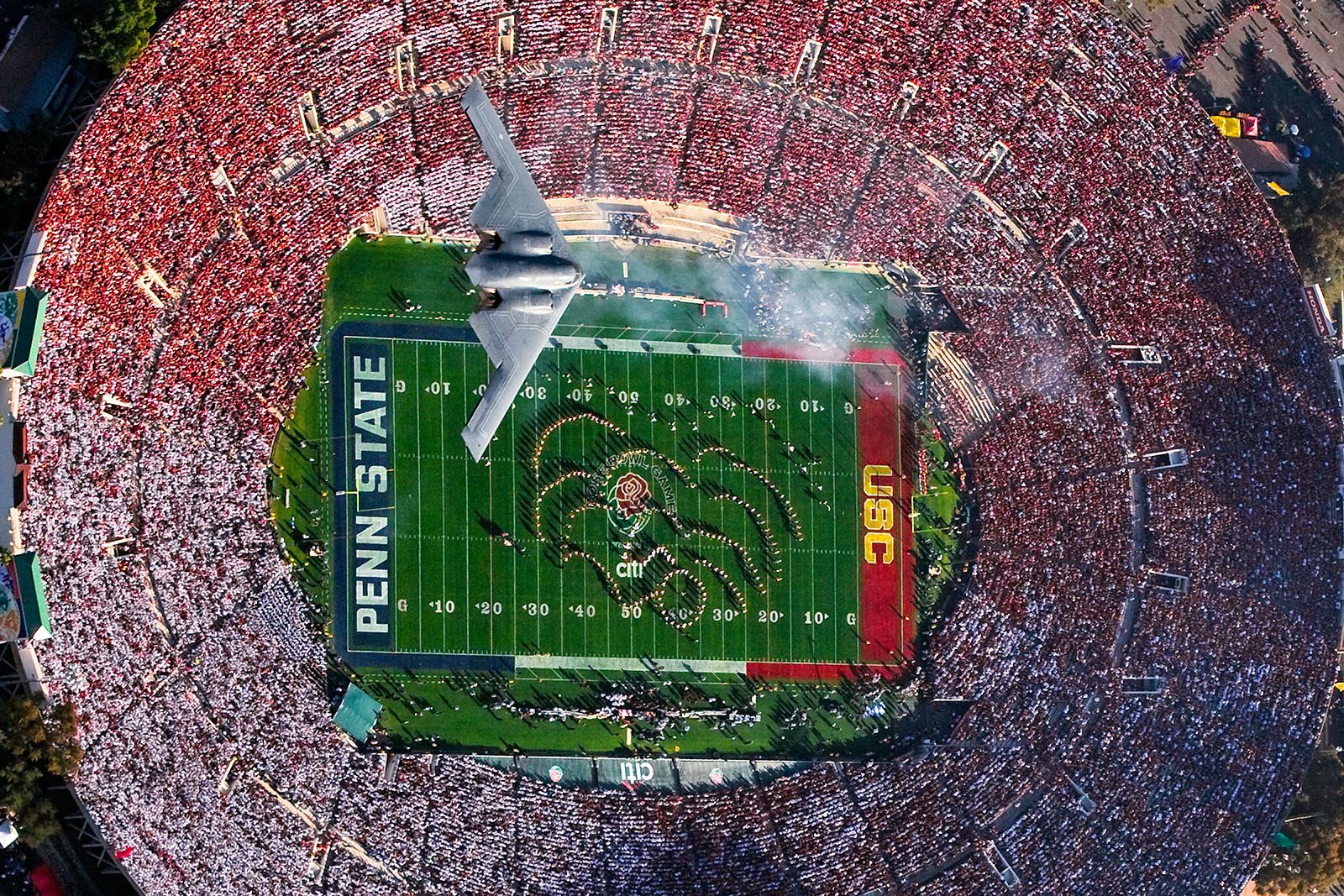 On January 1st I flew over the Rose Bowl to take some pictures of the game between USC & Penn State. It was, as usual, a beautiful clear day. While circling around the game I managed to capture the Penn State band spelling out "LIONS" & a few minutes later the USC band spelling "USC". I could hear through my aircraft radio that the B-2 was arriving for the flyover and had about 30 seconds to turn my plane around so that I could get some pictures of it. Everything seemed to work out & I ended in position to capture some pictures of it just as it crossed the stadium. Here is the one that ended up in Sports Illustrated the following week.