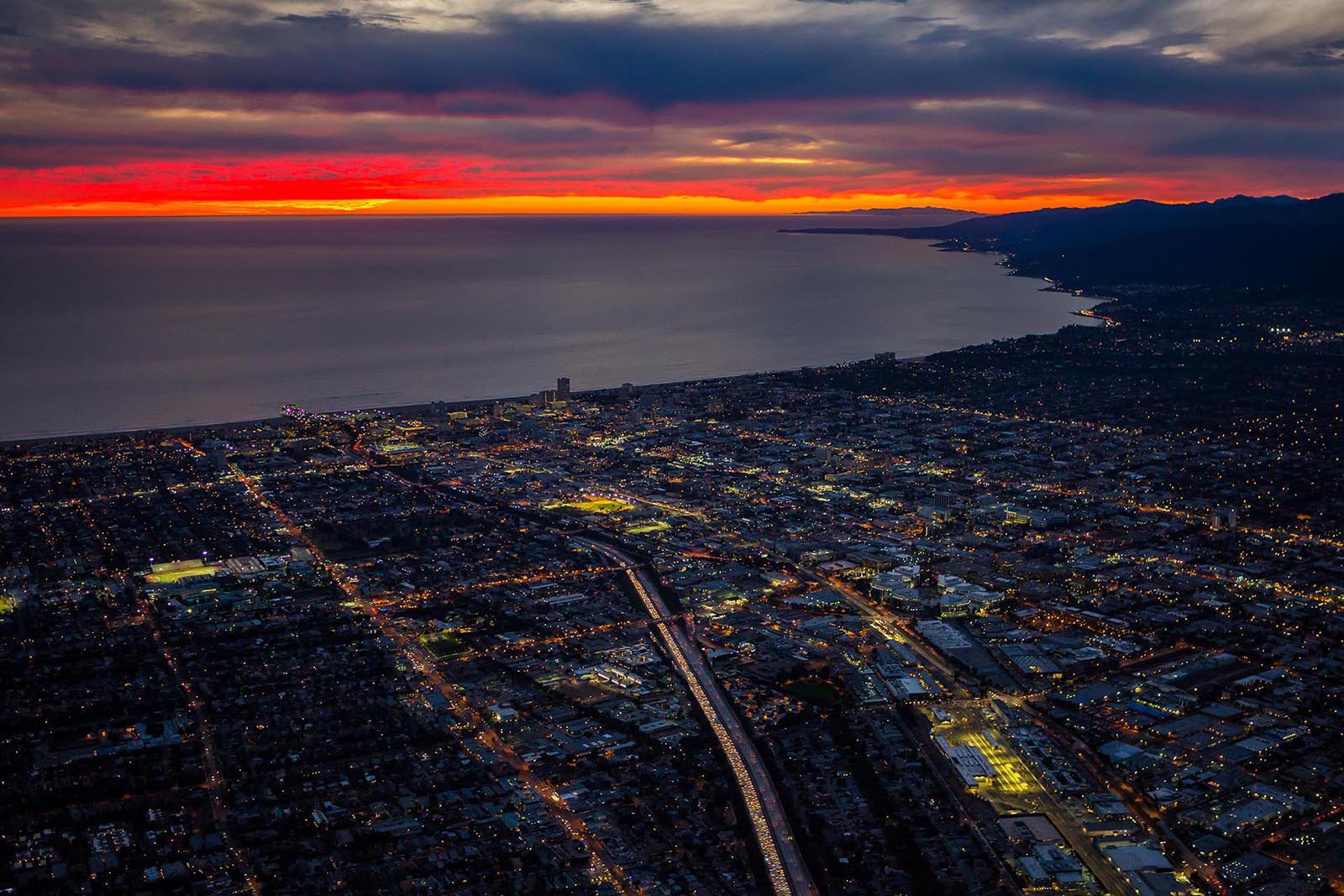 Despite it being El Niño season, we haven't seen a lot of rain in Southern California. We have had a bit more cloud cover than normal, however, which has made for some pretty spectacular sunsets! On my way back from a dusk photo shoot, I was able to capture Santa Monica at the very end of the day, just as the lights began to turn on but before traffic let up. It was also super clear, so it is easy to see Malibu, Point Dume and Santa Cruz Island in the distance (part of the Channel Islands of California that dot the coastline).