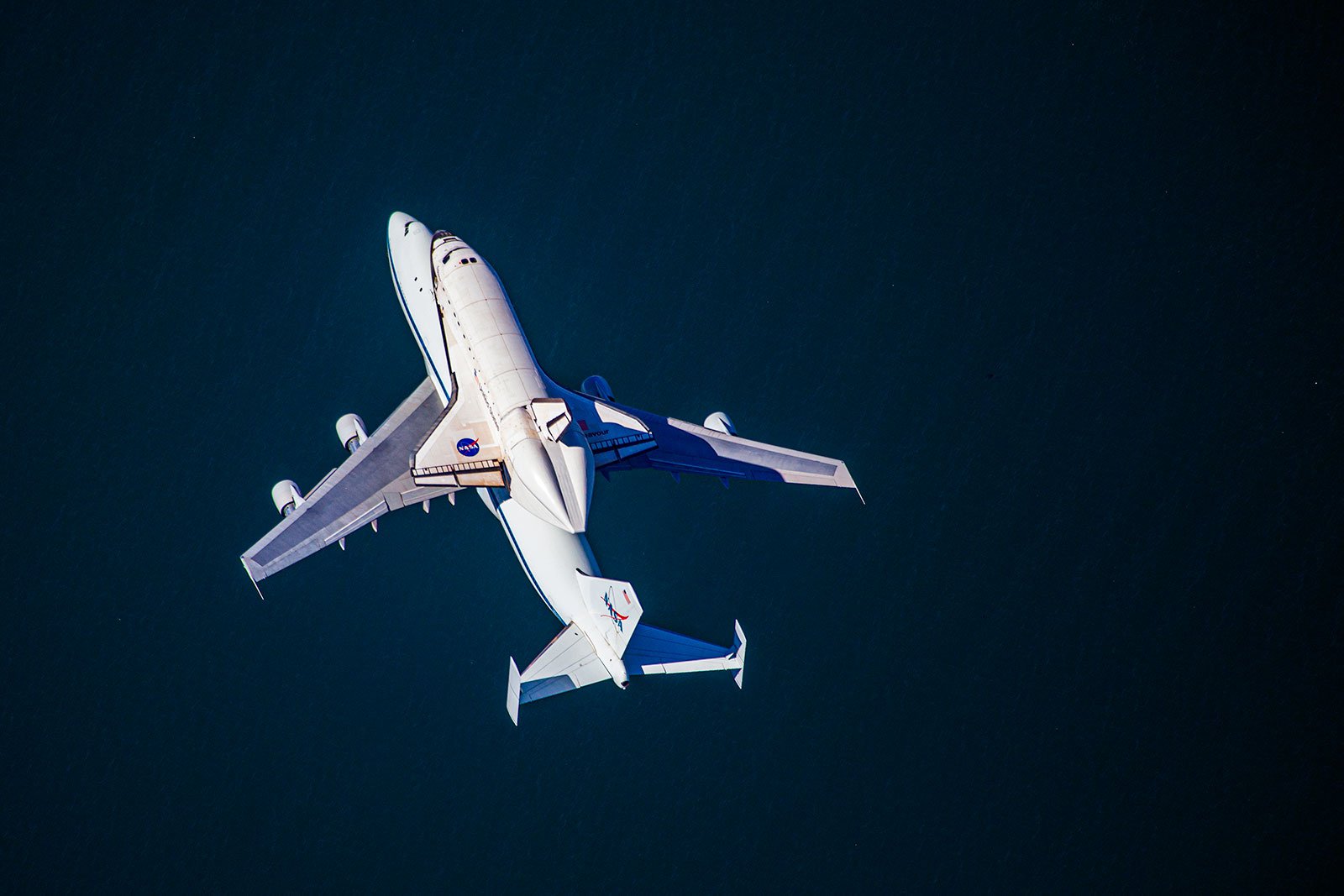 NASA's Space Shuttle Endeavour made it's final flight over Los Angeles yesterday. It departed from Edwards AFB , flying over the Lockheed Martin's Skunk works in Palmdale, where we were waiting to photograph it. After flying over the Bay Area it came into Los Angeles flying over all the landmarks before landing at LAX. Most of the airspace was off limits for any other airplanes, except over the Port of Long Beach, which put us in a good position to see the Endeavour flying over the Queen Mary and the USS Iowa. What an impressive sight from the air. Here are some photographs over Palmdale and Long Beach.