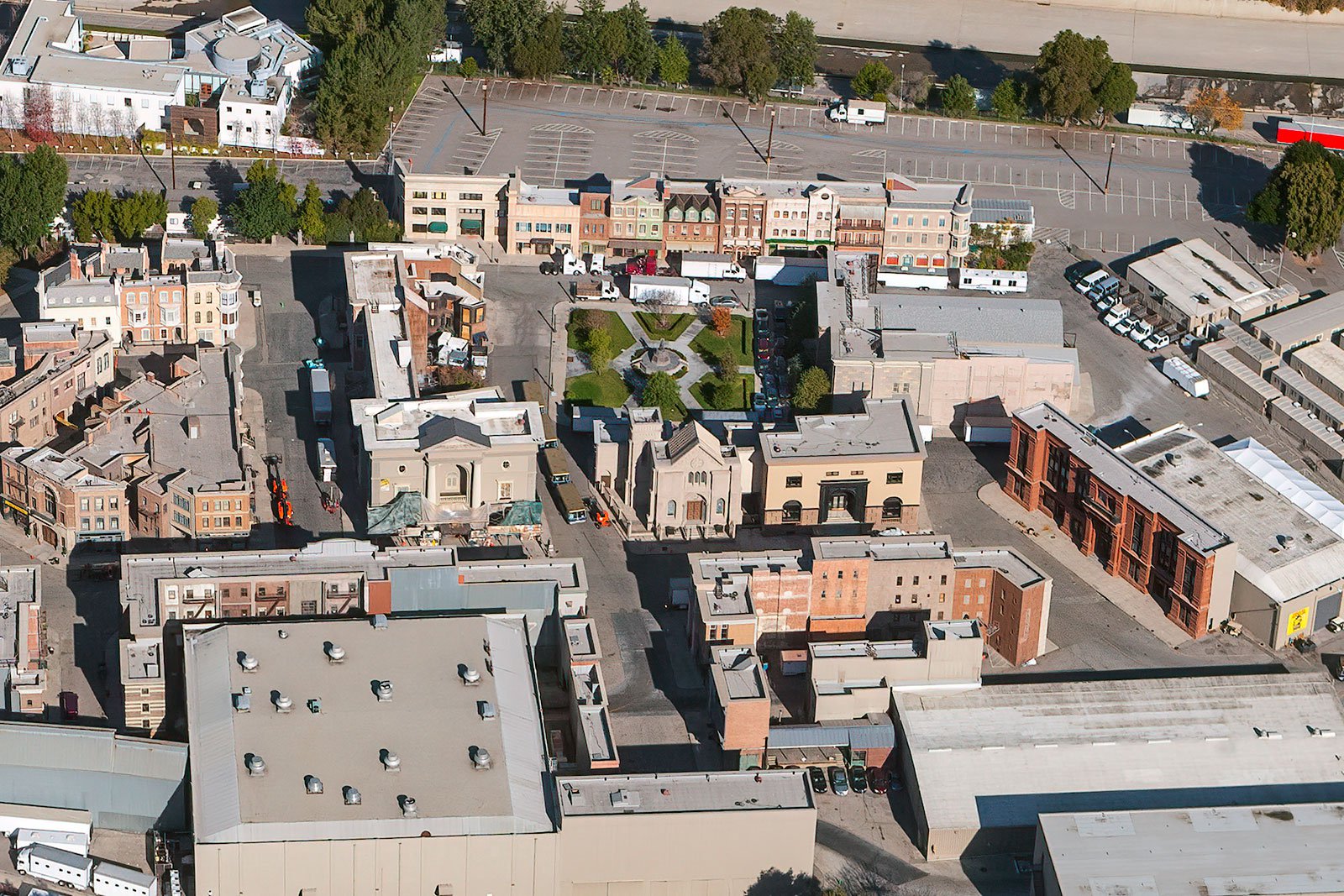 There are many movie studios in the Los Angeles area. Universal, CBS, Disney, and Warner Brothers are all within 5 miles of each other. From the air you can see western towns and New York cities and even lakes. They are called the back lots and from the ground look real. However, looking down you are able to see the other parts that aren't used in filming. Here is a picture of the back lot at Universal Studios showing the New York town and the "Back to the Future" set. Unfortunately it burned down just after I shot this. The good new is that it is being rebuilt.