During and After Aerial Photos 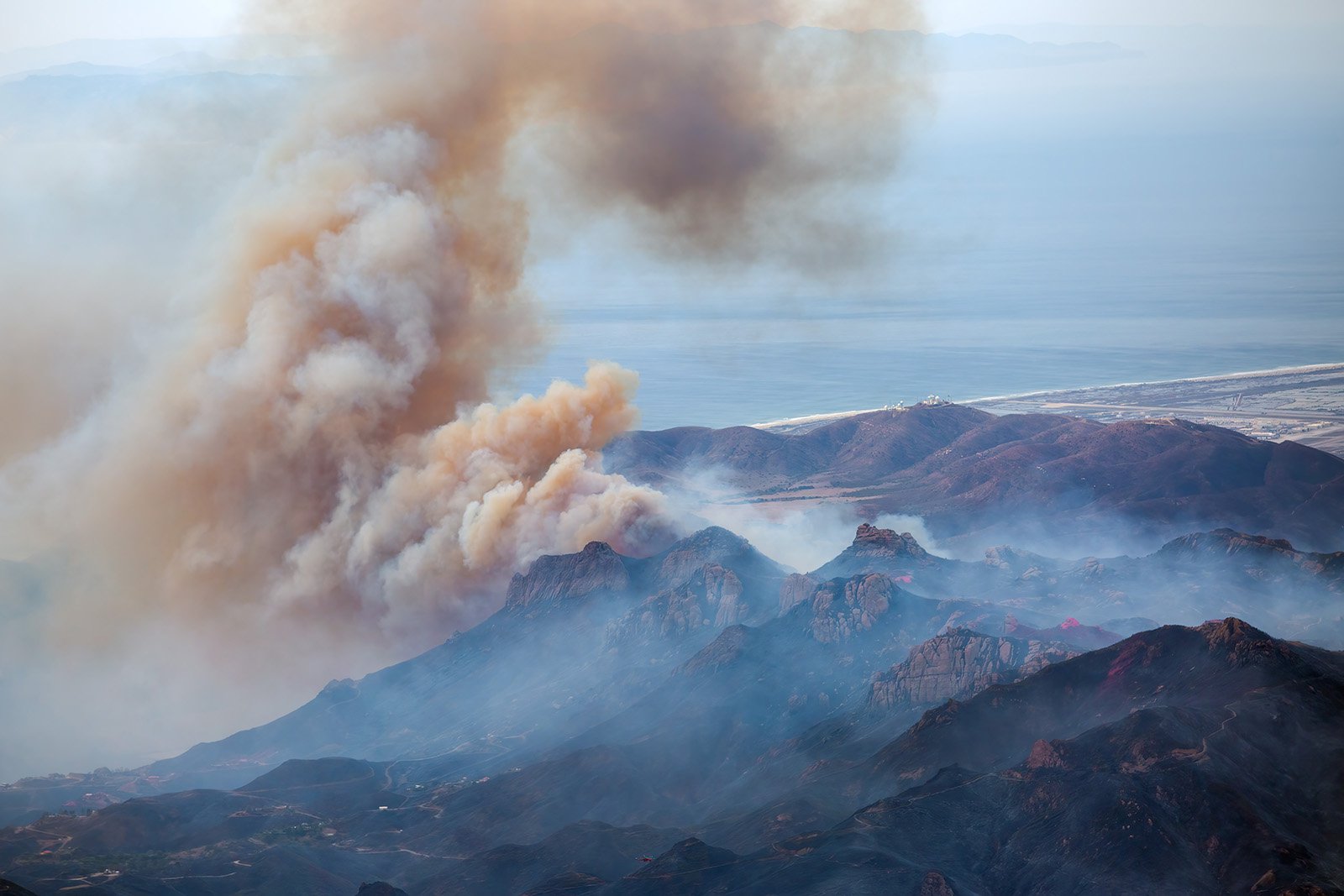 The Woolsey Fire was one of the most destructive and devastating fires in California history. It destroyed over 1,600 structures, killed three people, and caused large-scale displacement for hundreds of thousands of Californians. As the fire raged, we were able to capture stunning images of its devastation and aftermath. Let’s take a look at these images and what they tell us about this tragic event.

On November 8, 2018, the Woolsey fire erupted near Simi Valley, California in the Santa Susana Mountains and quickly spread to nearby towns of Westlake Village and Agoura Hills before jumping the Ventura freeway and making its way in a southerly direction through the Santa Monica Mountains, ultimately burning large swathes of Malibu and ending at the Pacific Ocean. Caused by the Santa Ana winds downing Southern California Edison power lines, the fire burned for two weeks before it was declared 100 percent contained on November 21st, 2018. In total, just shy of 97,000 acres were burned in its wake—including over 1,600 structures—making it one of the most destructive fires in California history. The burned area is so vast that even with the elevated perspective that aerial photography provides, it is difficult to really comprehend and see the scale of the destruction from above. 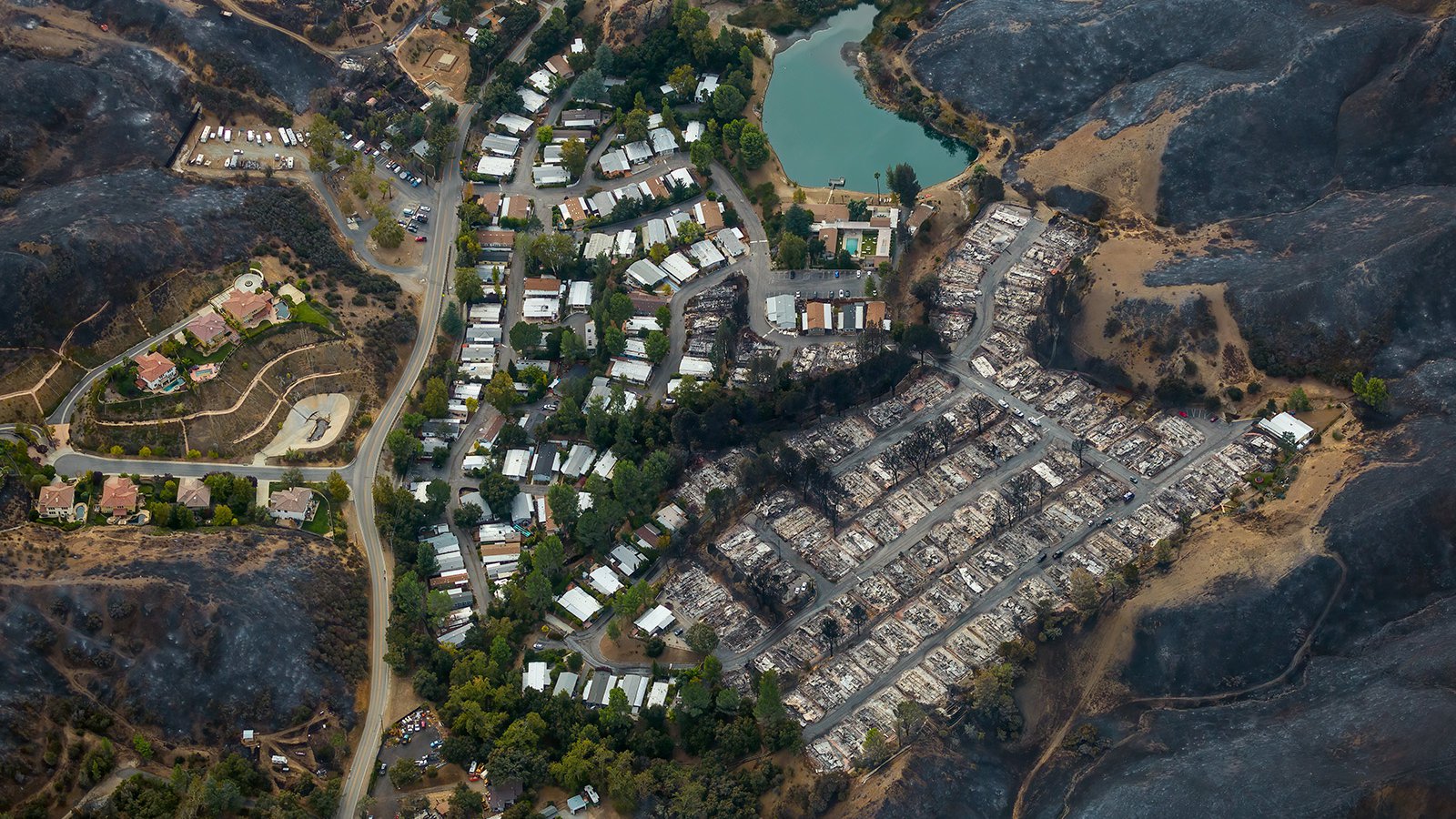 Aerial photography has long been used to document natural disasters, especially with manned-aircraft like airplanes or helicopters able to spend several hours in the air to document the disasters. These platforms allow photographers to capture wide shots that show an entire landscape in one image—a feat that would be impossible from ground level. While close-up ground photographs of the Seminole Springs Mobile Home Park are powerful and very personal, the overhead view showing the entire community surrounded by blackened hills tells a much larger story and illustrates the expansiveness of the wildfire. 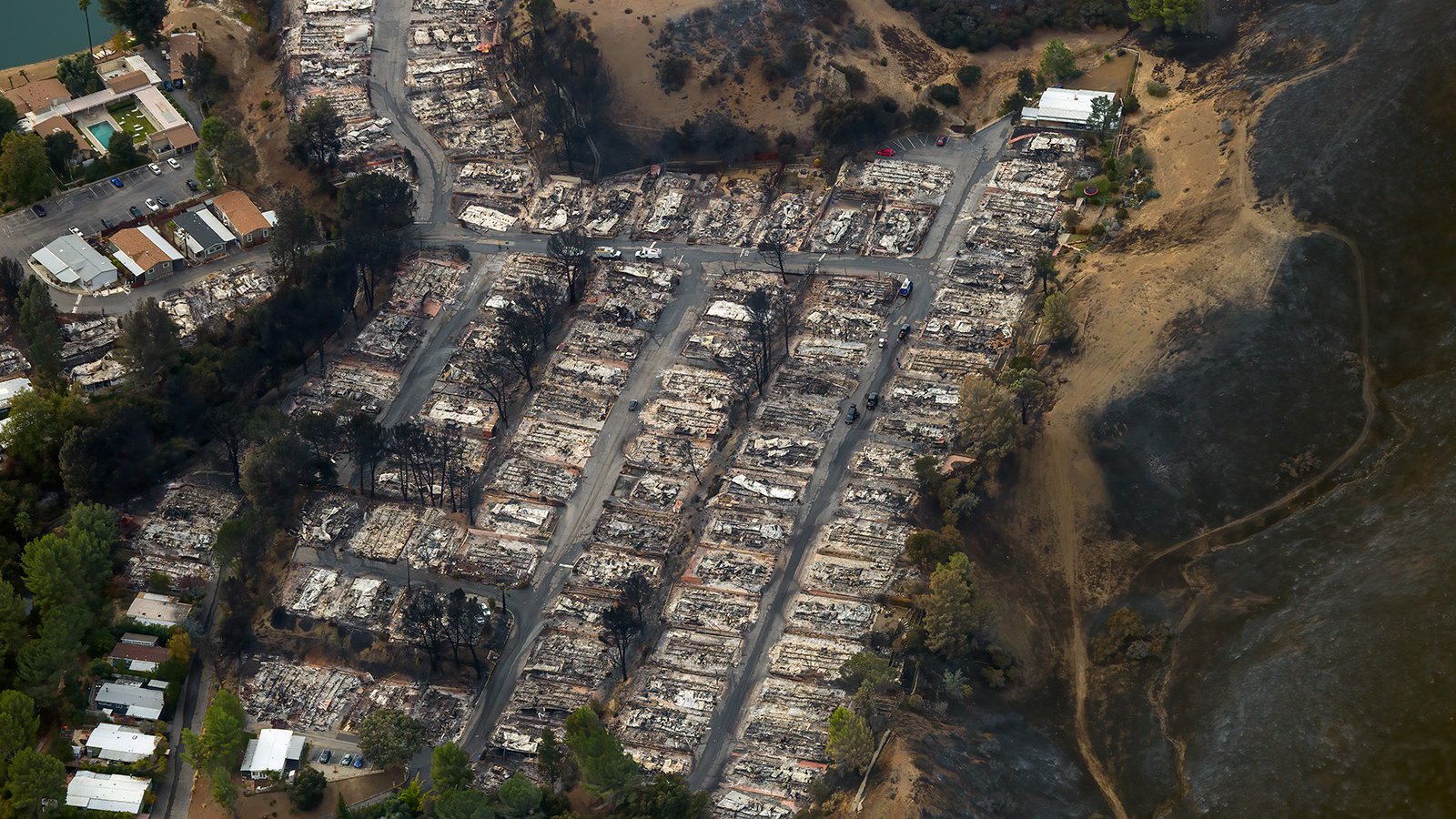 Assessing the Damage Caused by the Woolsey Fire

Aerial photography offers an efficient way to document natural disasters like wildfires and floods. By capturing a bird’s eye view of an area, it can provide valuable information about what has been destroyed and what needs to be done to restore it. For example, aerial photographs taken after the Woolsey Fire helped Cal Fire officials assess the damage and come up with a plan for mitigation and reconstruction. Aerial images also provided an opportunity for homeowners affected by the fire who had already evacuated to see their homes from above—something that can often provide a sense of comfort in difficult times.

Burned homes in the Point Dume area, after the Woolsey fire had passed through

In addition to providing valuable data for recovery efforts, aerial photographs can also be used for fire planning and research. For instance, Ventura County Fire Department and Southern California Edison have used aerial photos taken during and after wildfires like the Woolsey Fire to study how fire spreads across different types of terrain and vegetation. This data can then be used to develop better strategies for preventing future fires from occurring and better contain an out of control fire as quickly as possible. 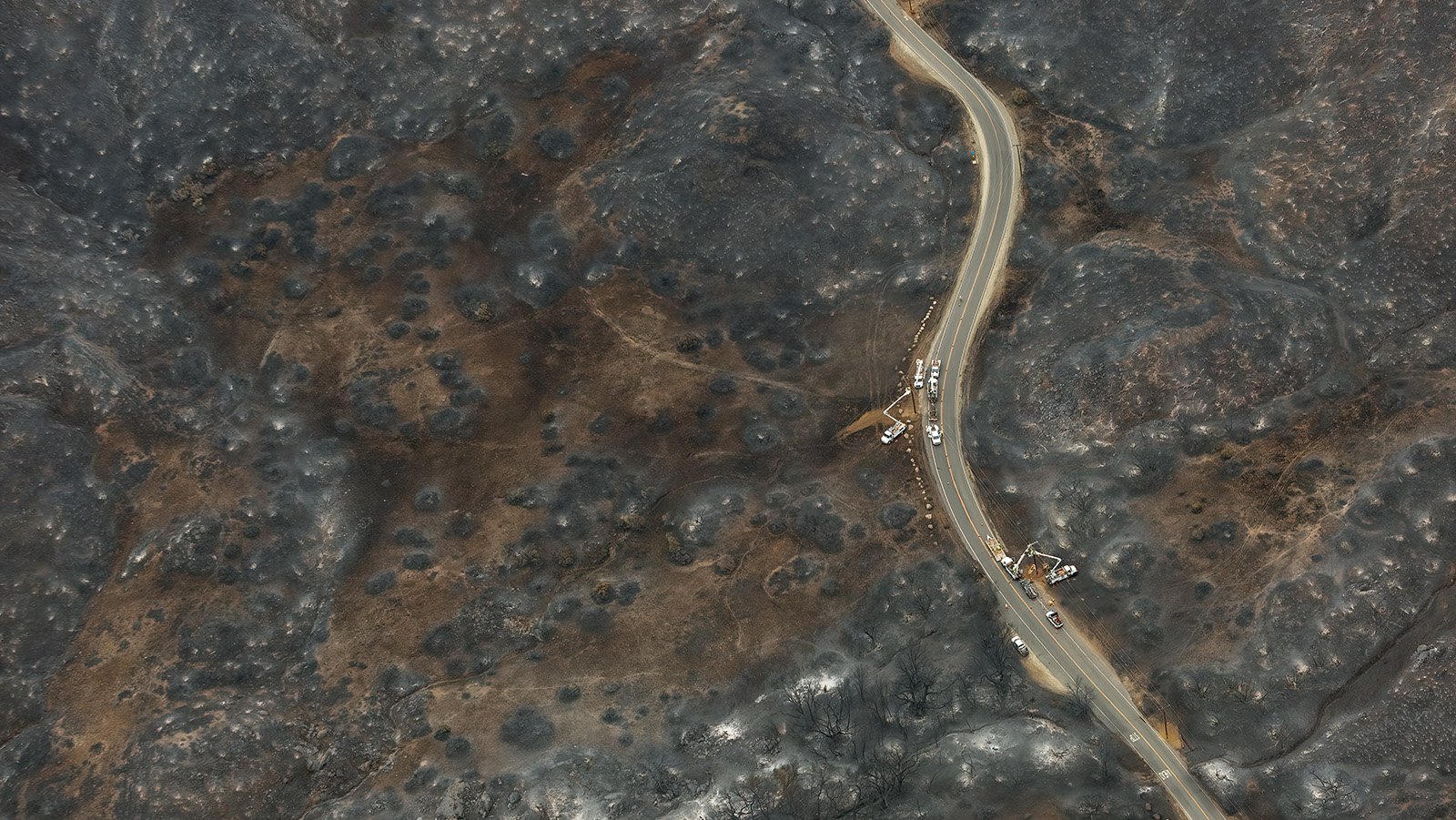 The Woolsey Fire destroyed homes and ruined lives for homeowners throughout Los Angeles and Ventura counties. Aerial photographs taken of the fire aftermath helped to document the damage that was done and can be used in insurance claims and to help with the rebuilding process. These photos were a vital resource in helping people understand the extent of the damage. 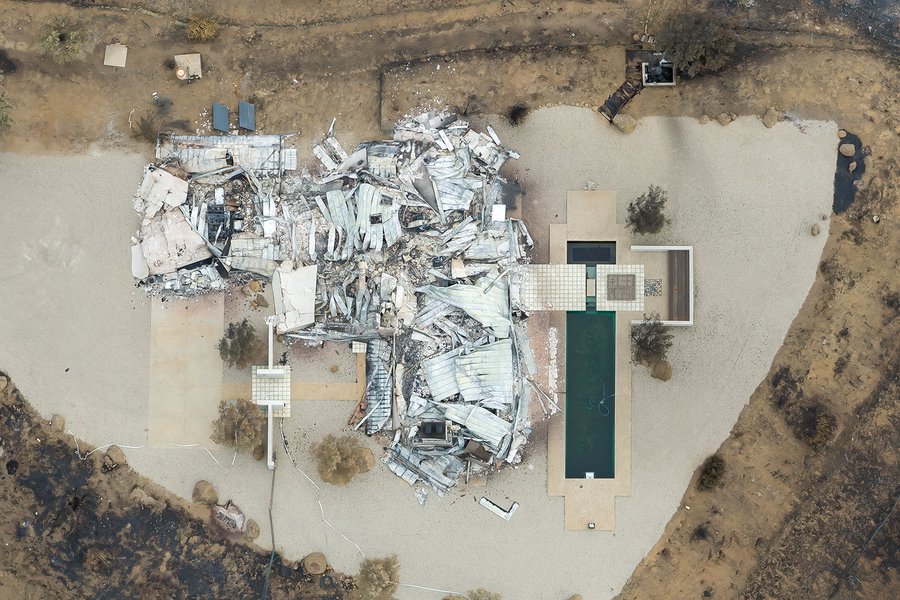 Ruins of a Home in Arroyo Sequit 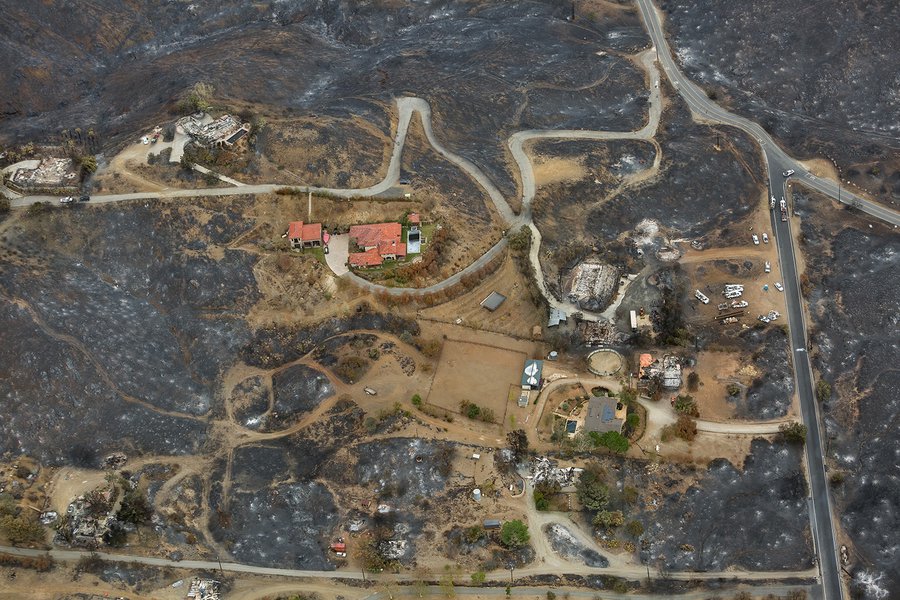 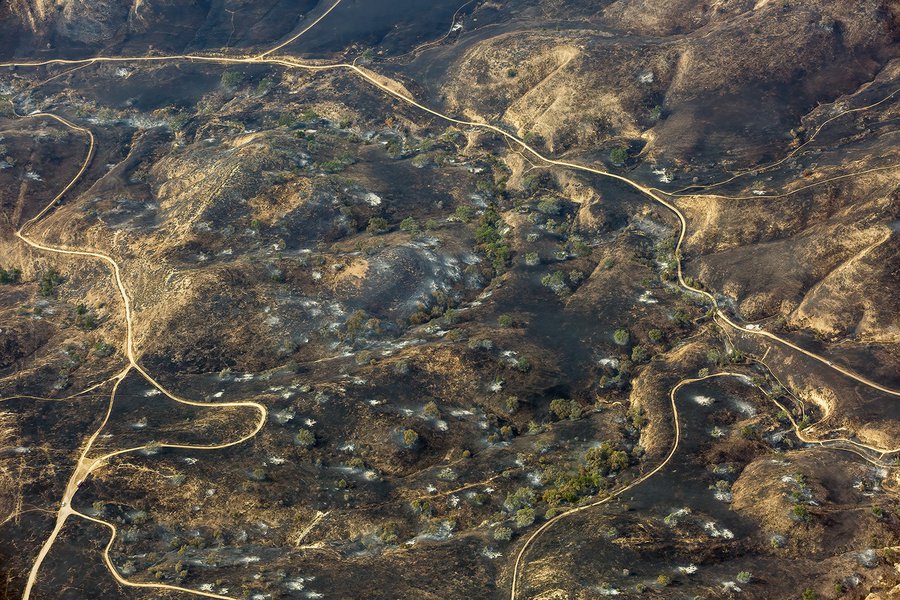 Since the 2018 Woolsey Fire, many homeowners who were impacted by the fire have worked tirelessly to rebuild their homes and restore their communities to their former glory—and aerial photos serve as visual reminders of this progress over time. Photos taken during and after the fire show how far some areas have come in such a short amount of time—not just with home construction but with parks and trails too! One example is of Point Dume located near Malibu; photos show vibrant green vegetation returning to the area a few months later, covering the devastation of the firestorm that had occurred not long before. 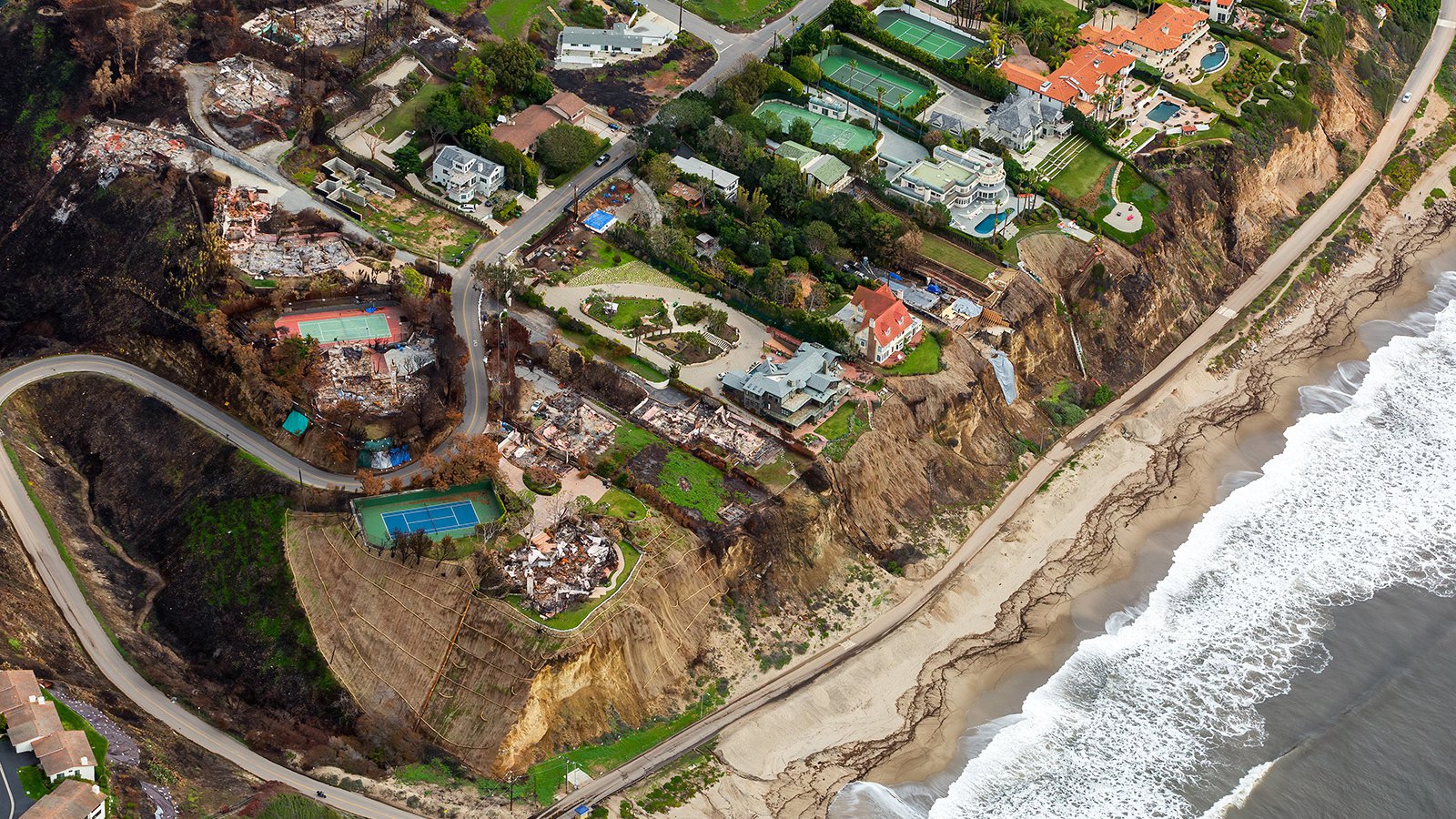 The Woolsey Fire was undoubtedly one of California’s most devastating natural disasters in recent years; however, thanks to aerial photography we can see both its destruction and the recovery over time. While nothing will ever make up for what people lost during this tragedy, these images offer us all hope for better days ahead for those affected by this disaster who are still rebuilding today — which is something we should all be grateful for! 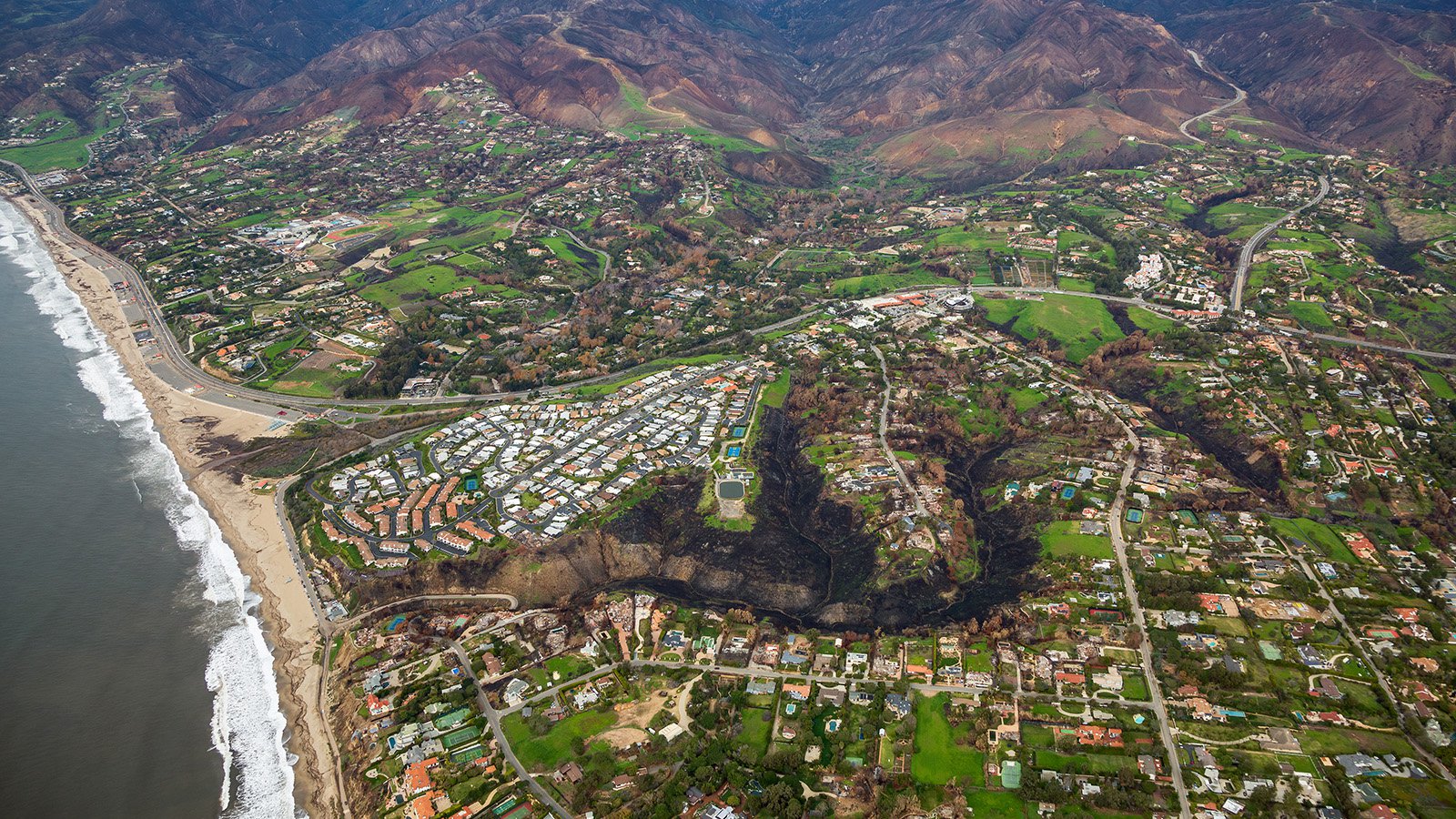 This aerial shot of the Point Dume Club of Malibu community captures a stark contrast; a tranquil green landscape set against the backdrop of charred structures and traces of destruction from the Woolsey Fire