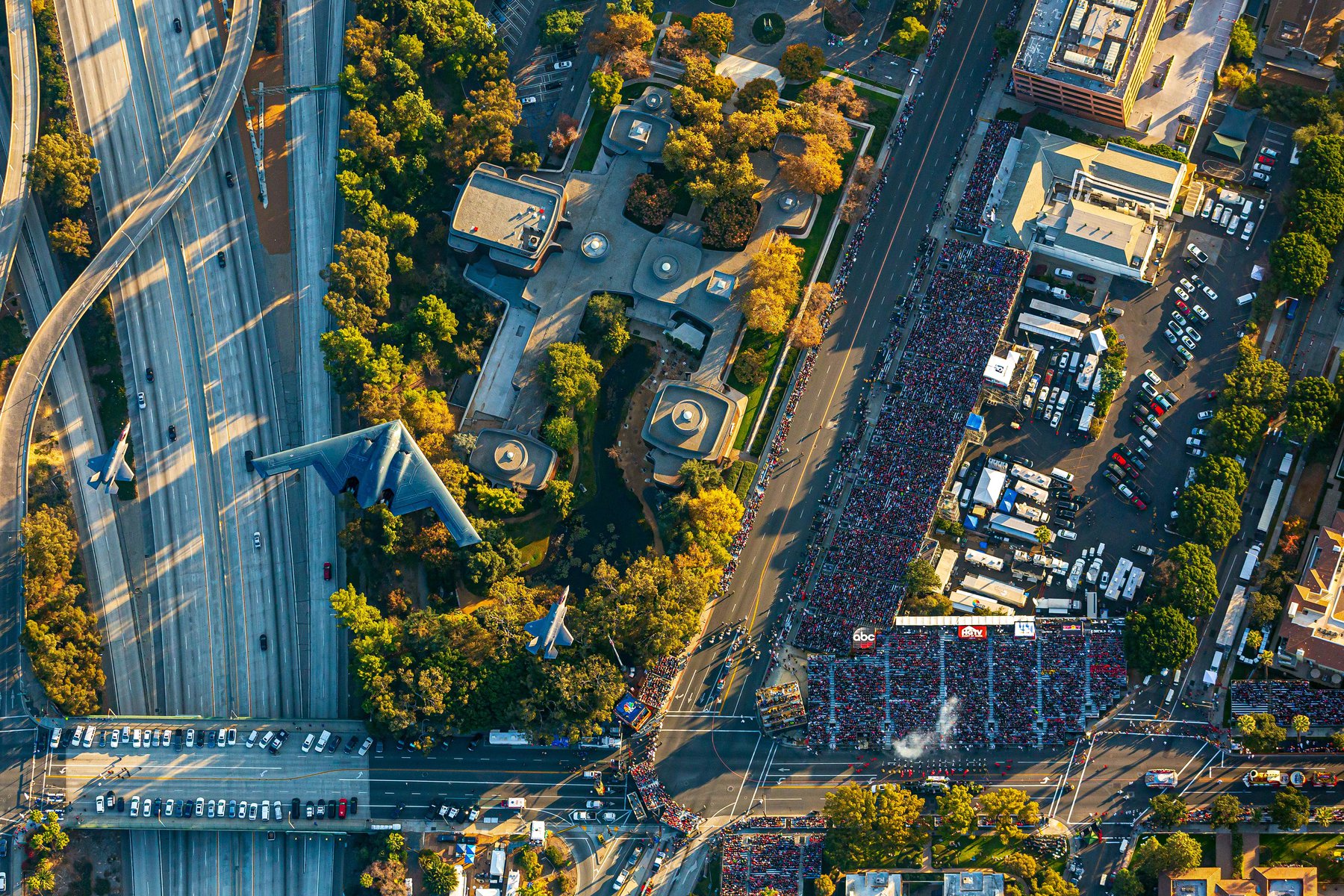 I read that this year the Rose Parade Flyover was going to include two F-35s in honor of Major Meier, who passed-away, tragically. The F-35 Lightning IIs would be flown by his squadron and include the exact plane that Major Meier flew on many missions. I thought that this was really touching and hoped I'd be able to get a nice photo of them. The Rose Parade is always a bit difficult to photograph because the planes are the same color as the concrete, so they really blend in (I have a feeling that this might be intentional).

"[Mark] was airborne to take some jaw-dropping air-to-air images showing the Stealth Bomber and the F-35s from above."

Major Benjamin "Chex" Meier in a final act of kindness, donated his organs to save the lives of 5 people through Donate Life. To learn more about Donate Life America, please visit their website at DonateLife.net or the National Donate Life Registry at RegisterMe.org