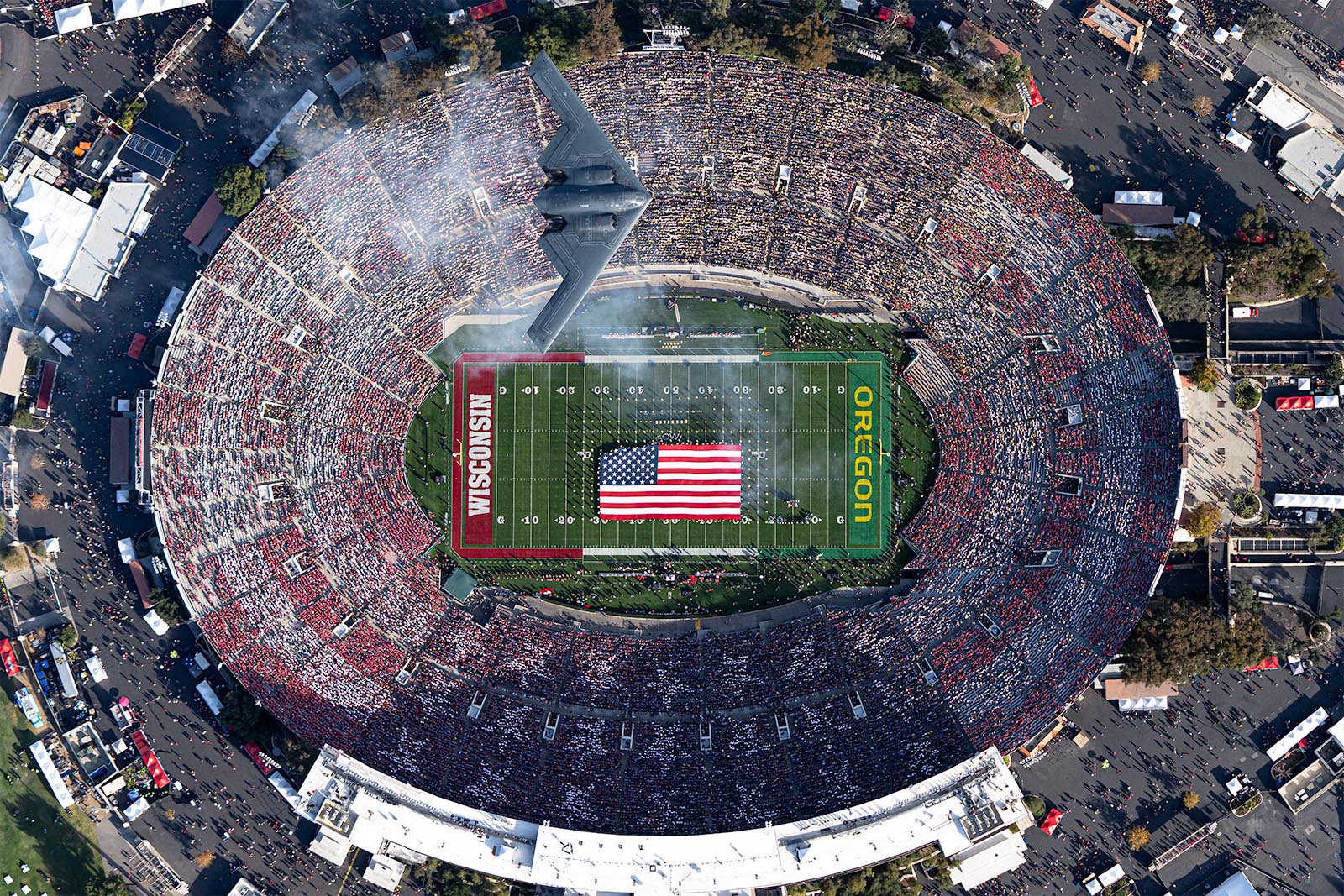 A New Year of Firsts in B-2 Flyovers

"My favorite sports photo every year"

Going up to take pictures on New Year's Day has become tradition. This year there were a couple firsts: I have a new camera that I'm still getting more comfortable with, I wanted to get a video of the flyover, and it is the first year that the B-2 will fly over the Rose Bowl Game with a female pilot at the controls. The flyover was perfect on all accounts, with Lt. Col. Nicola “Rogue” Polidor entering the stadium at the exact second she was scheduled to, the Sony A7R IV worked flawlessly and we were able to capture a video of the B-2 flying over the stadium.

"We truly appreciate your support and love your images every year!"

Overall, I'm super happy with how the day went and hopefully it is a sign of things to come in the new year!! Happy New Year!!