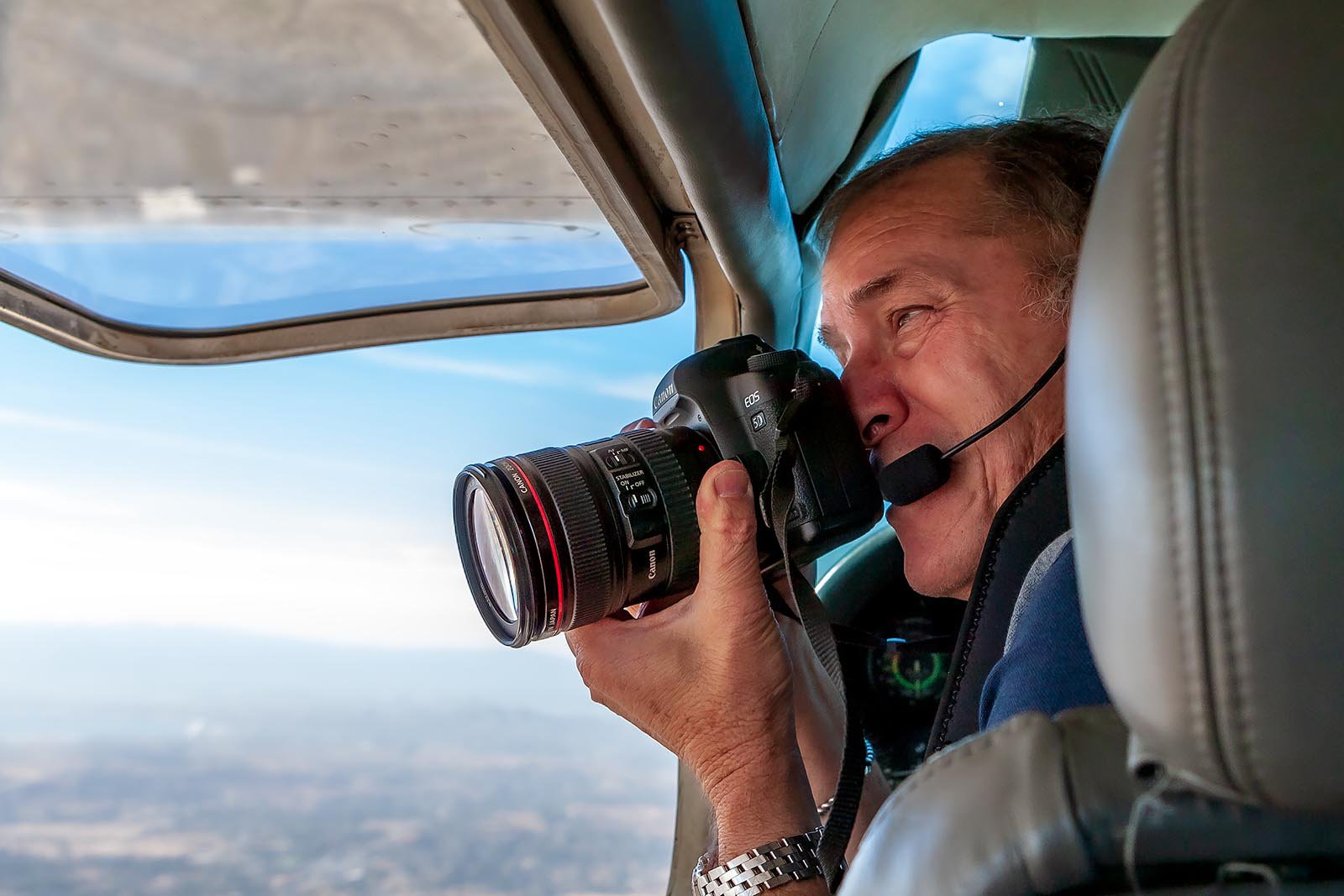 "The airplane is my tripod"

Photographer and pilot, Mark enjoys the challenge of capturing photos from a moving platform, up above. Having discovered his love of aviation at a young age, Mark became a pilot at age 17 and has since flown much of the Western United States. His passion for photography, instilled at a young age by his father, has been with Mark throughout his journey in life: as a Los Angeles County Lifeguard, a paramedic for the movie studios, and later, in sales. Mark founded West Coast Aerial Photography in 2000, allowing him to further focus-on and refine his photography skills. Despite having to change his photographic process as the industry transitioned from film to digital, Mark has consistently set a high person standard for his aerial photography and has been recognized globally with many distinctions and awards. 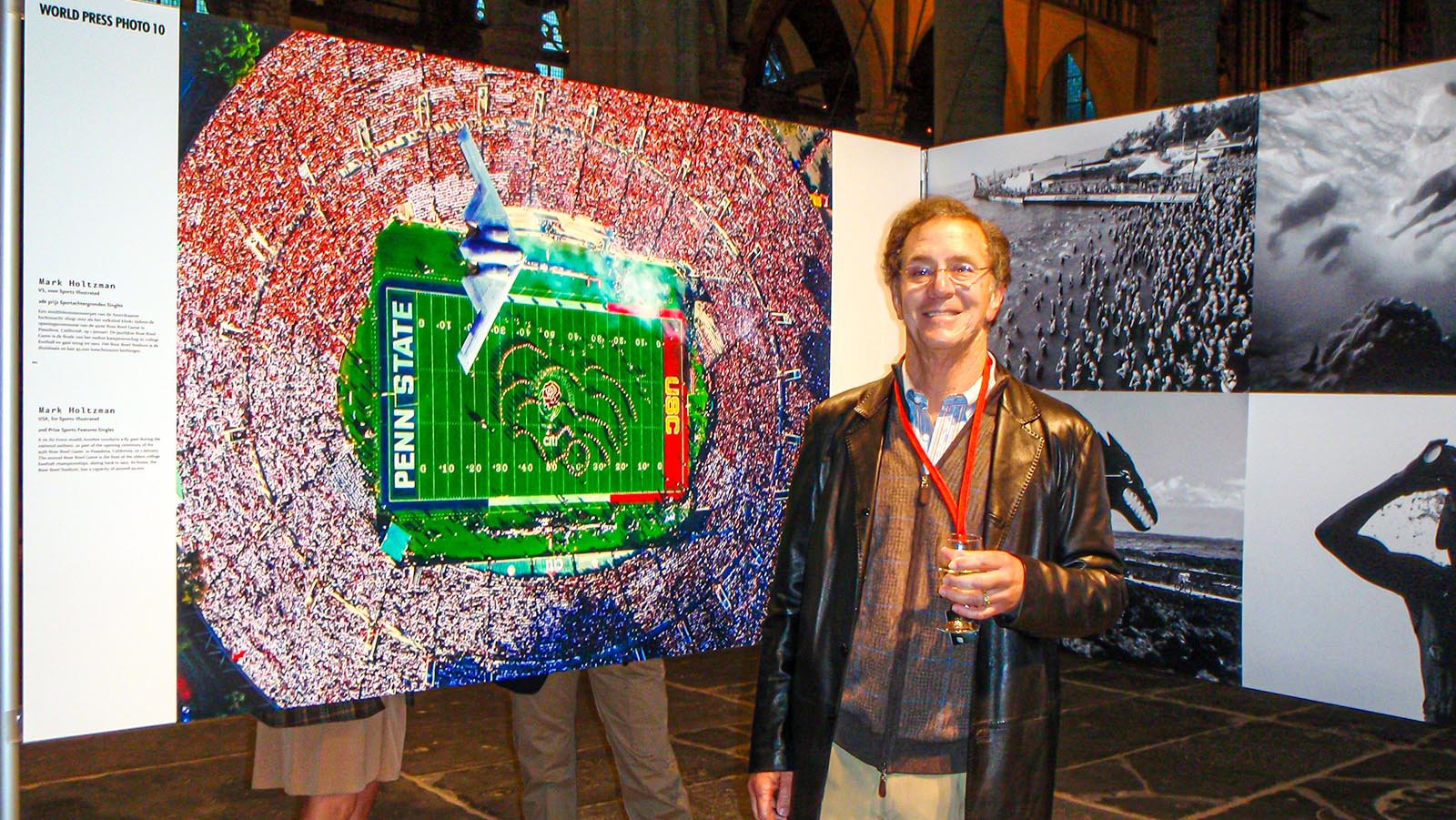 Pictures of the Year International - Award of Excellence, Sports Feature 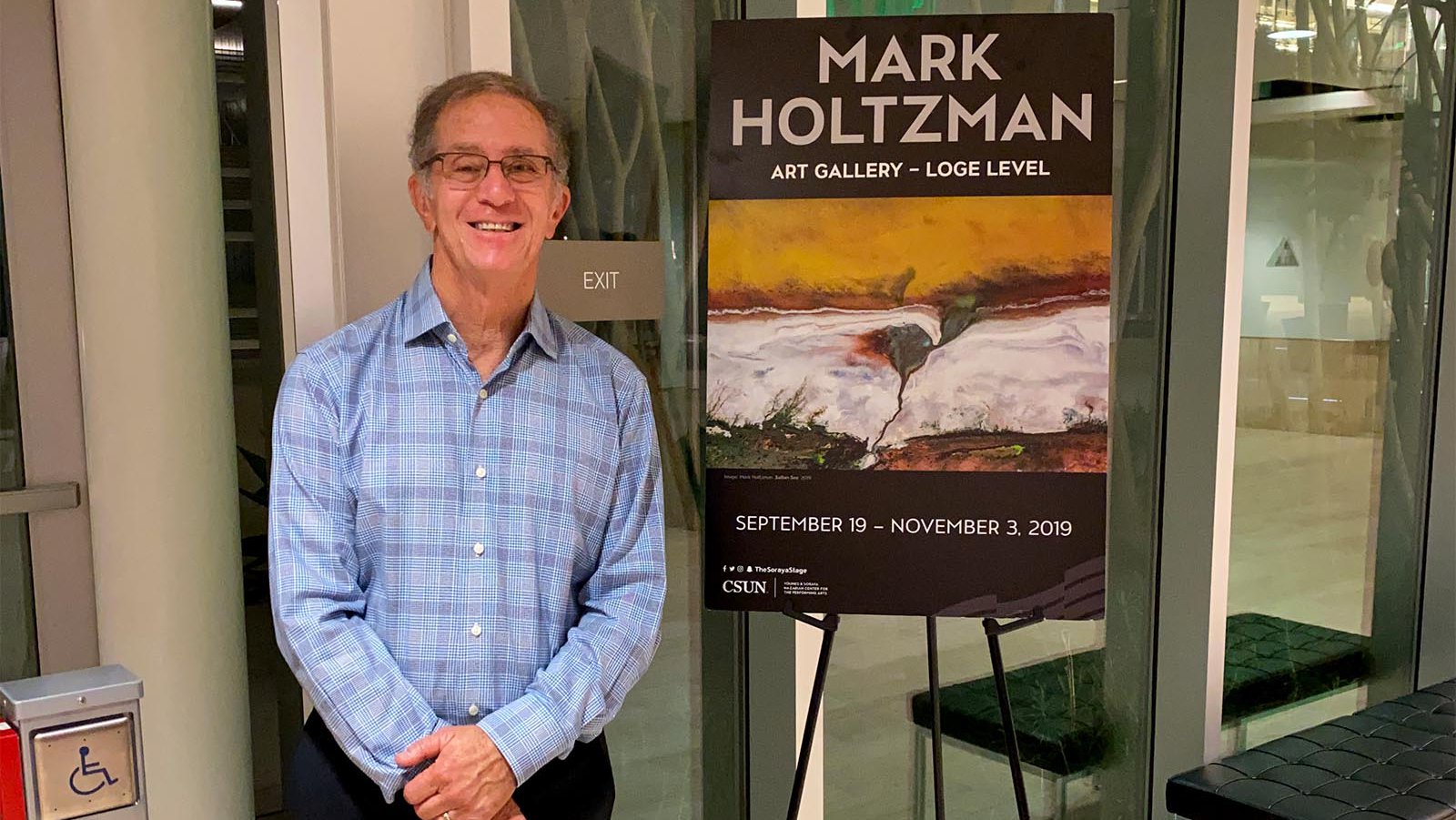 Mark Holtzman at his solo exhibition at the Soraya Art Gallery at CSUN in Northridge, California