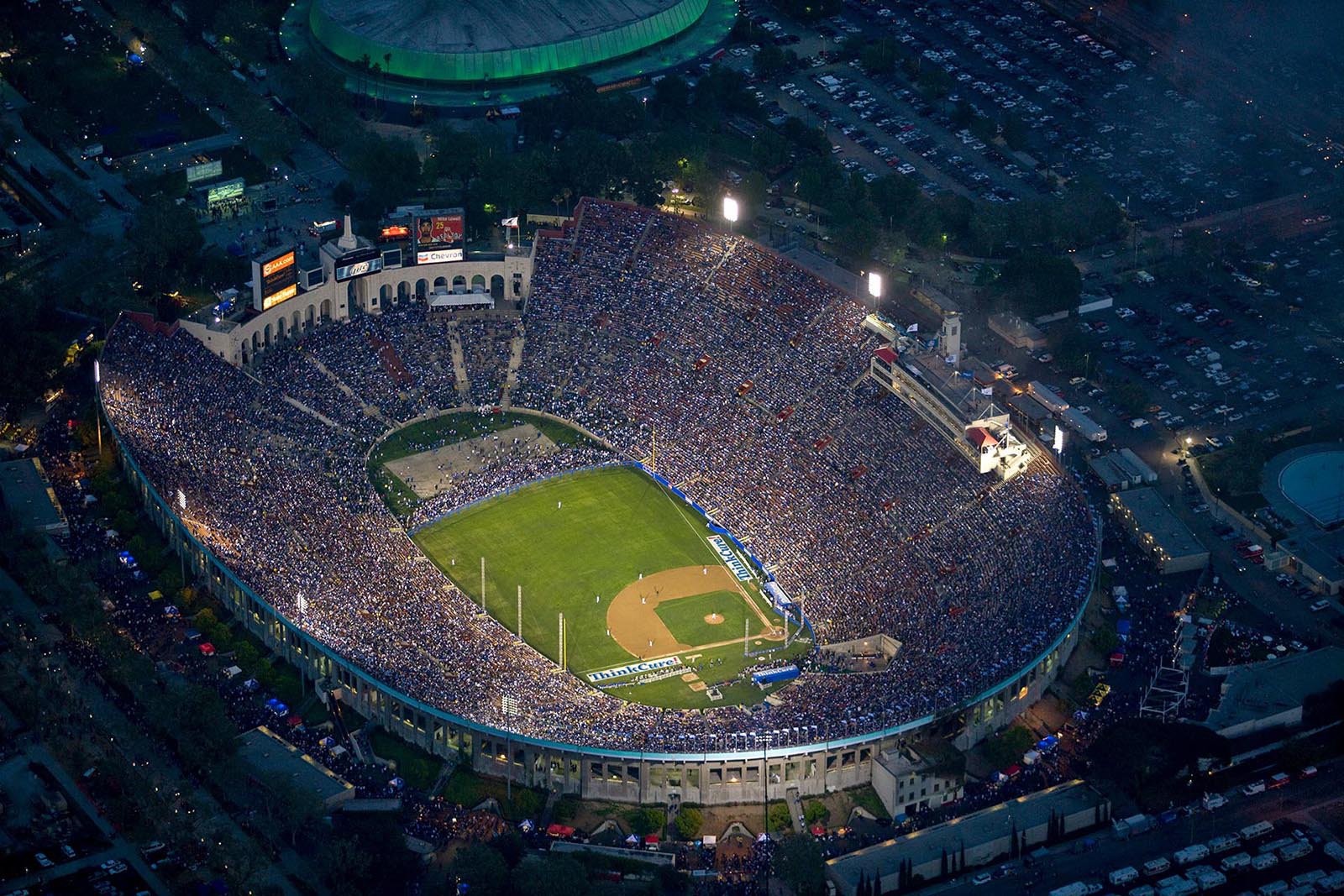 I went up to shoot some photos of the Los Angeles Dodgers vs Boston Red Sox 50th anniversary game. It was the 50th anniversary of the Dodgers moving to Los Angeles and since they originally played at the L.A. Memorial Coliseum before Dodger Stadium was built, it seemed fitting that they have the anniversary game at the same venue. This game ended up having the biggest crowd ever for a baseball game with 115,300 fans!

As I was circling around the stadium, I noticed that the clouds were quickly coming in. By the time I left, the clouds had reached the stadium and there were no other planes in the area, so I was the only one up to get aerial photos of this game. I'm proud to have my photograph displayed in the National Baseball Hall of Fame and hopefully one day soon I will be able to see it hanging in person! 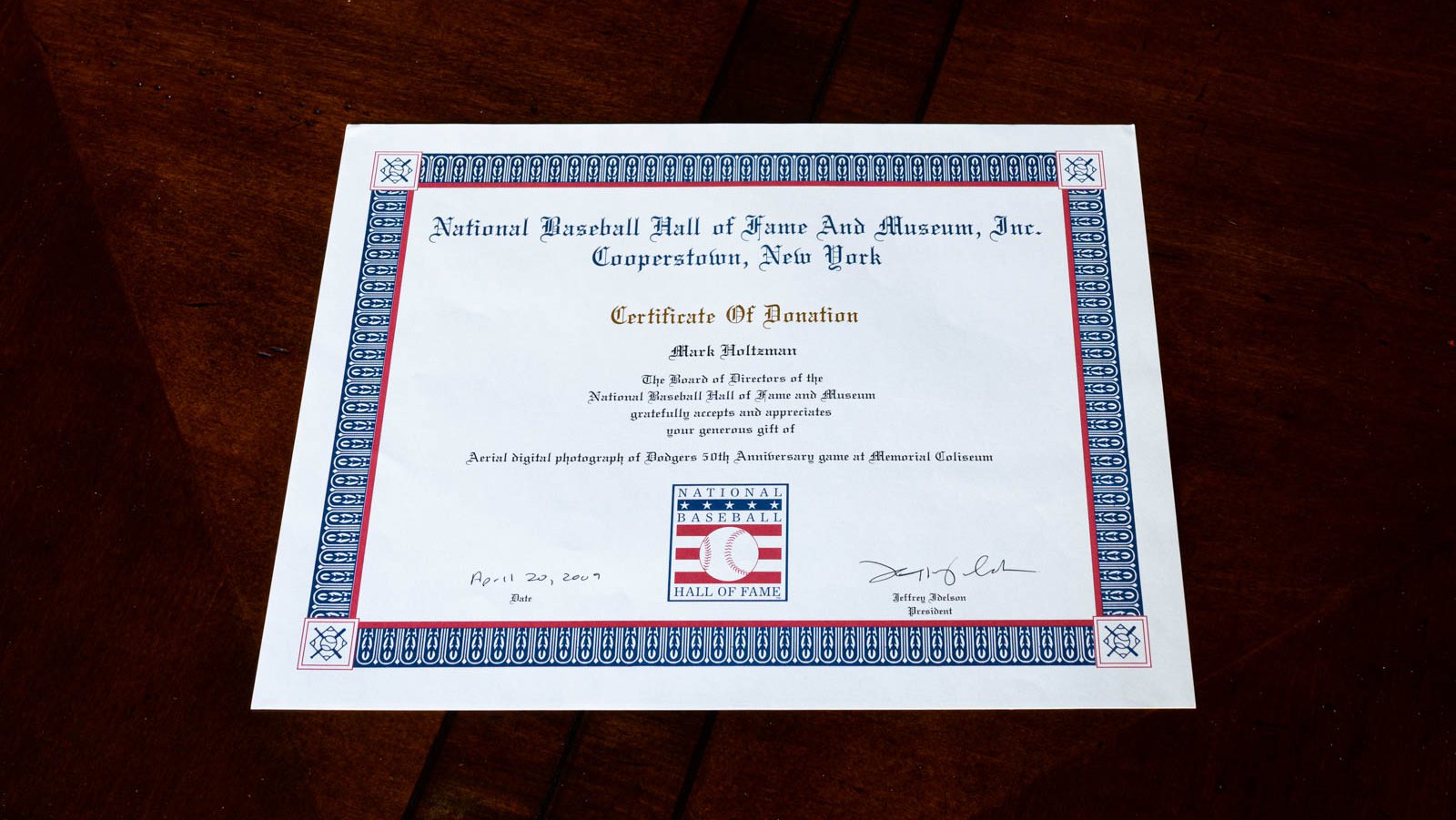