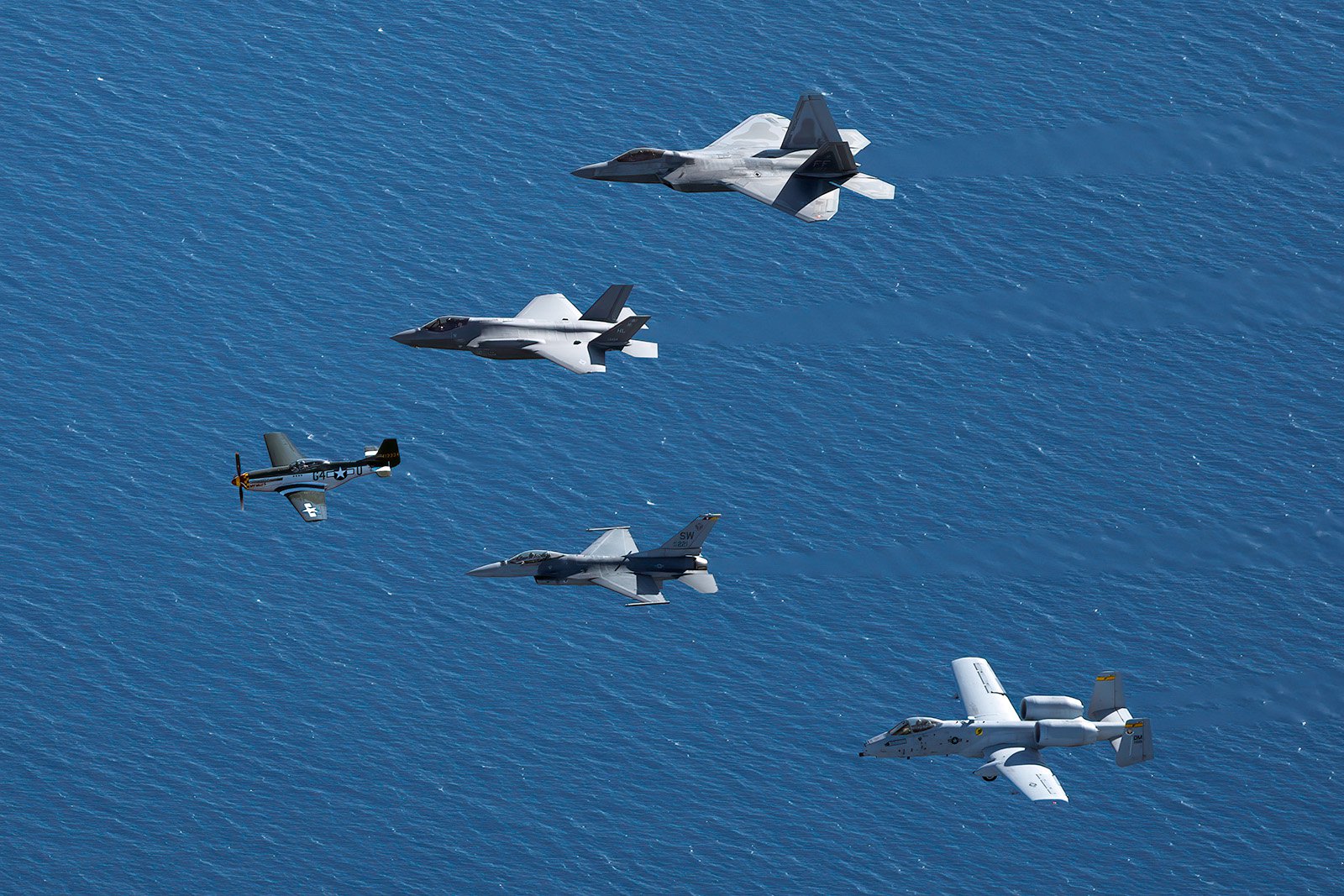 Super Bowl LVI's National Anthem will feature a unique flyover by The Air Force Heritage Flight. The group includes five aircraft representing the United States Air Force's 75 years as a service and will feature a P-51 Mustang, A-10 Thunderbolt, F-16 Fighting Falcon, F-22 Raptor, and F-35 Lightning. This will be the first time these aircraft will conduct a flyover together.

I was incredibly fortunate to be asked to photograph these aircraft and it was an honor to be up in the air with such incredible machines and equally impressive pilots. 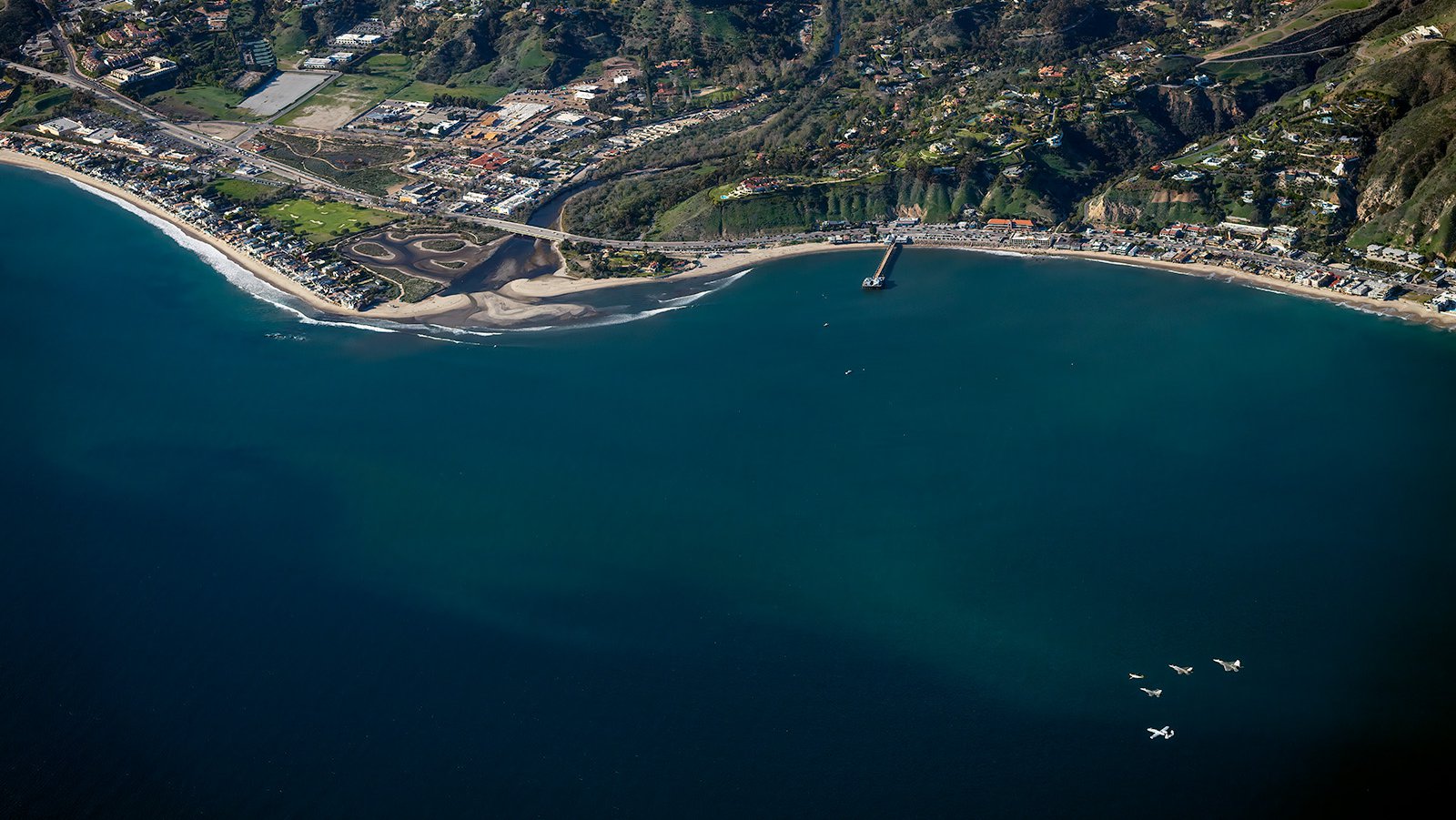 The Air Force Heritage Flight in formation off the coast of Malibu, California 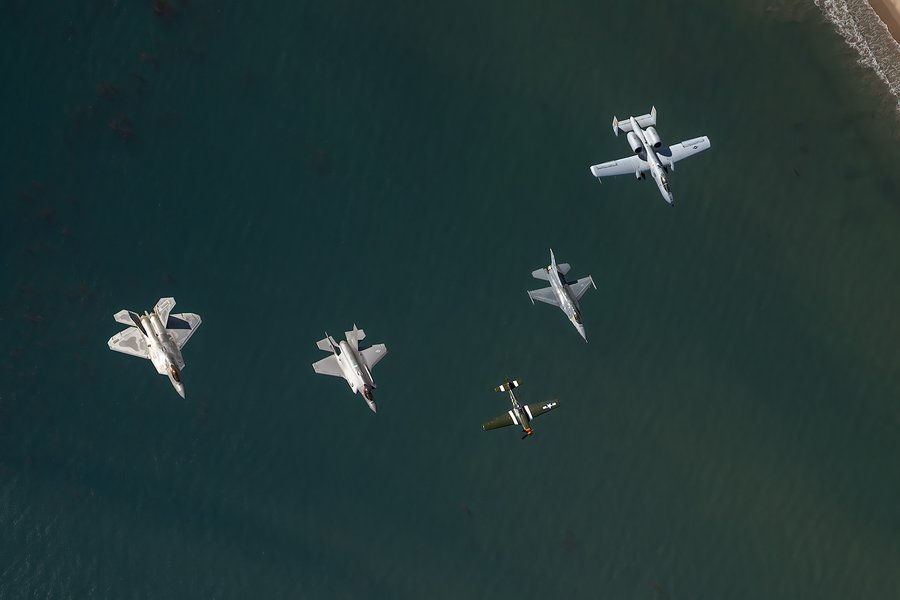 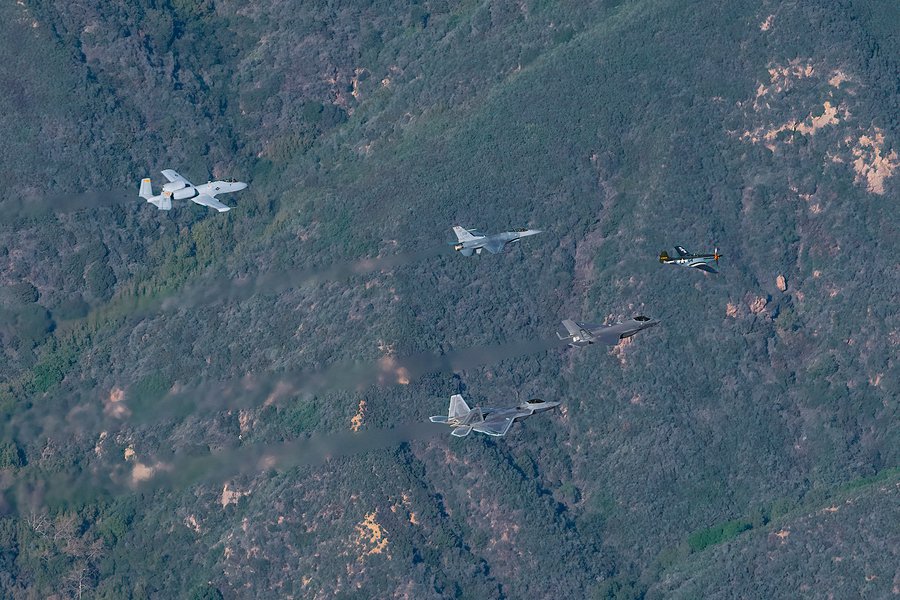 Passing by the Santa Monica Mountains 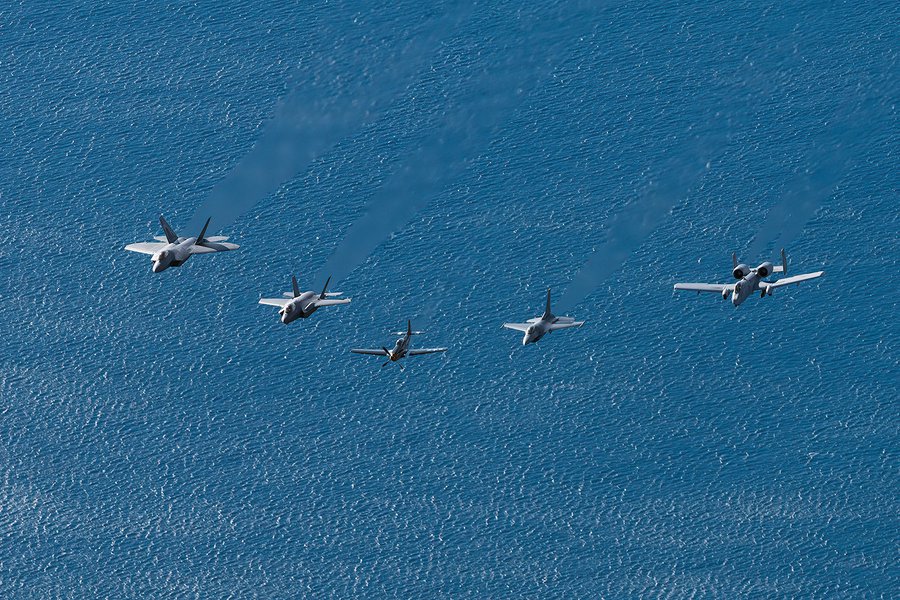